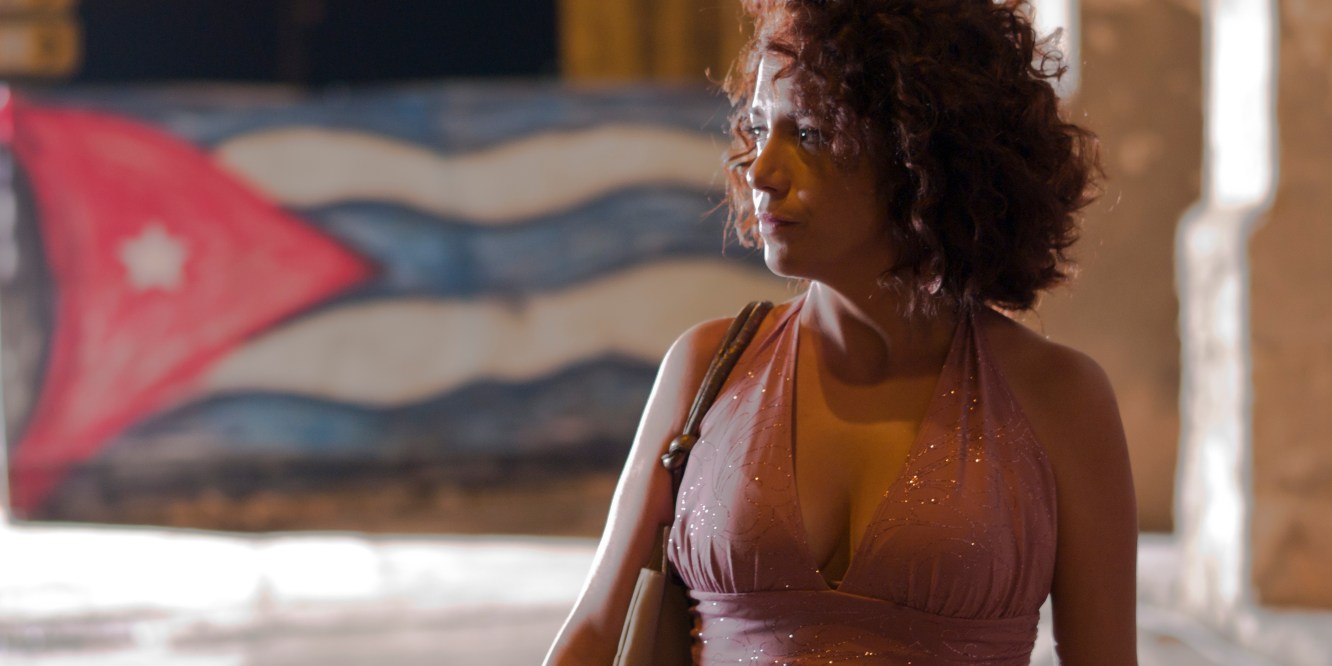 Another chance to see this favourite from our very first festival in 2015. Ana is an actress whose career isn’t exactly going the way she wanted. In need of money for a new fridge, she decides to disguise as a prostitute in order to get herself a role in a rather unusual documentary financed by a group of foreign filmmakers. The documentary aims to portray prostitution in Cuba, and Ana, in her disguise, finds herself playing a bigger role than she bargained for when the filmmakers decide to shoot the documentary from her point of view as a jinetera, a female sex-worker who specialises in attracting tourists.

This film is available to watch from 10-15 November. To view the film during this time:
1/ Buy a Festival Pass here
2/ Go to the film page here

A fascinating interview with the writer is well worth a read here: https://hgfilmfest.com/2020/11/11/sisters-doing-it-for-themselves/