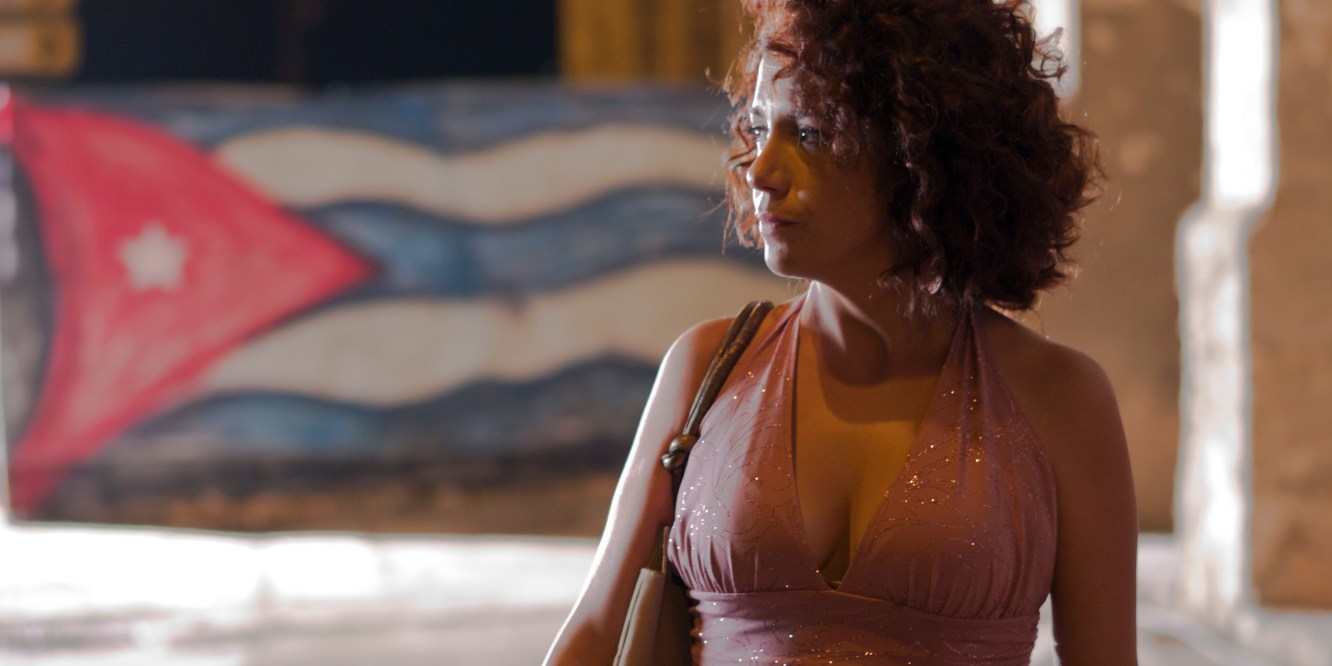 La Pelicula de Ana (Ana’s Film) was a highlight of our first ever Havana Glasgow Film Festival. This satirical look at the conditions of Cuban film production may be set during the Special Period of the ‘90s, when economic circumstances put the industry under special pressure, and a German film crew come to town looking to make an exploitative film about sex workers. However, with its themes of female empowerment, as Ana (Laura de la UZ) takes matters into her won hands, it’s all too relevant today. We spoke to the film’s scriptwriter, Eddie del Llano, ahead of this week’s screening.

Brian Beadie – At the outset, the film appears to parody lurid telenovelas. How popular are they in Cuba, and what are they like?

Eddie Del Llano – In Cuba, Latin American soap operas are popular, especially Brazilian and Colombian. Now, the reference at the beginning of the film is more to the “Adventures”, a serial space with low-budget production, for children and teenagers, which no longer exists.

BB – The film has fun with the difficulties of low budget film production. What particular challenges are there in Cuba?

EDL -Low-budget productions face all kinds of complications: transportation, food, setting and costumes … This, obviously, worsened during the years of the Special Period (1993-1996) in which the film was set.

BB – The film also satirises foreign filmmakers filming on the island.  Are international productions common, and do they accurately represent Cuba?

EDL – One of the specialities of ICAIC is the provision of services to foreign productions. There are also many others that are carried out without state support. It is very common for filmmakers, especially Europeans, to offer a partial, apocalyptic and biased vision of Cuban reality.

EDL – Of great importance, precisely to try and counteract this image of pornomiseria.

BB – How difficult is it for female filmmakers to make films in Cuba?

EDL – It is difficult to shoot a movie anywhere. In Cuba, well, the first thing is to get the money: in general you need much less than in other countries, but anyway, it is difficult to get access to sponsors and commissions due to the technological precariousness that haunts us. Then, getting filming permits at certain sites. But, although difficult, it is not impossible, as the great boom in independent production of recent years has shown.

BB – The film also examines the situation of women as sex workers. What are the conditions for sex workers on the island, and how much is it connected to tourism?

EDL – The concept of sex workers is illegal in Cuba: officially there is no prostitution. In practice, however, it has grown associated with a certain type of tourism.

BB – What’s your next project?

EDL – I’m trying to film a new short, out of the Nicanor series. We have had to postpone it several times because of the pandemic. We hope to shoot in December.

One Reply to “Sisters Doing It For Themselves”