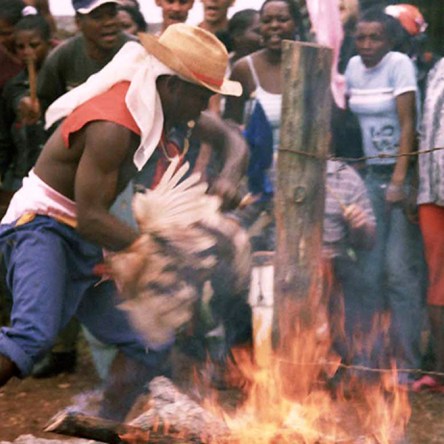 Arturo Sotto’s “Breton is a Baby” is a discursive documentary which explores a subject you don’t often hear discussed in relation to Cuba – its sheer strangeness. Titled partly as a joke around Andre Breton, the French poet who founded the movement in 1924, the films’s premise is that “Surrealism is part of Latin America in a highly organic manner”, and after watching this film, you won’t disagree. Miriam Rodero, Nov 2021 This year, Havana Glasgow Film Festival will be dedicating Saturday 20 November to the films of Arturo Sotto. The screenings kick off with Amor Vertical (1997), … END_OF_DOCUMENT_TOKEN_TO_BE_REPLACED