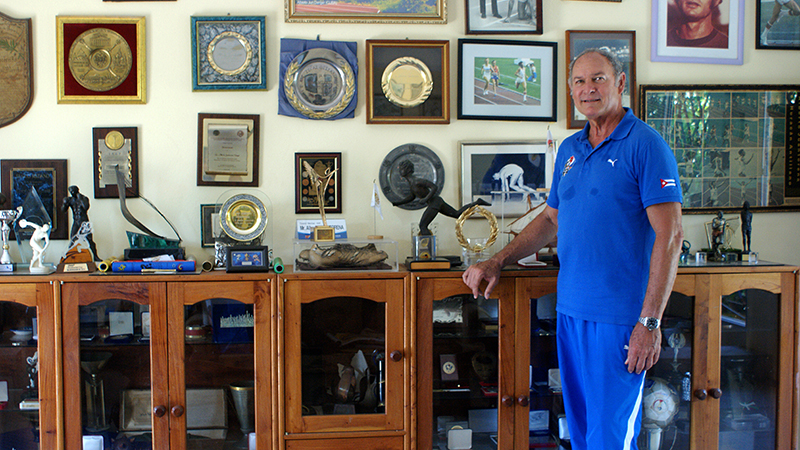 Running for the Revolution is the story of Cuba’s greatest Olympic track and field athlete Alberto Juantorena. His gold medal success at the 1976 Montreal Olympic Games catapulted him onto the world stage and made him an international sporting icon – to the delight of Cuba’s charismatic but controversial leader Fidel Castro.

Granting exceptional access, Juantorena shares the highs and lows of his sporting career and provides fresh insight into his unique country, its revolution and its complex, uneasy relationship with America. Along the way, he is reunited with US Olympian Fred Newhouse, a man born in a segregated America but who saw the 400m gold medal as his destiny.

Juantorena also recounts his intense 800m duel in 1977 with ace Kenyan runner Mike Boit who, along with other African nations, sacrificed his Olympic dream by standing up to apartheid in a boycott of the 1976 Games. Filmed over five years, Juantorena’s story unfolds against a backdrop of tumultuous political events.