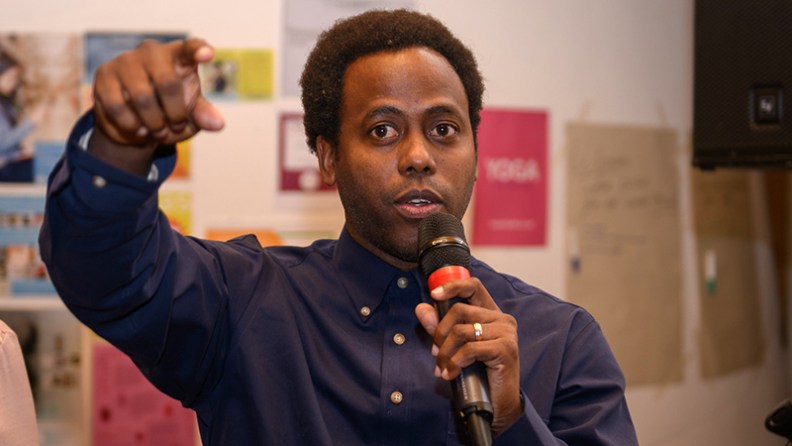 It’s been quite a year – and that’s an understatement. The entire world seems to have virtually ground to a halt, and time stood still, in the face of the pandemic that is COVID-19. Cinemas have stood empty, stages been deserted, and bars put the shutters up, perhaps never to take them down. One of the greatest difficulties of dealing with the virus is that as humans we are such social animals, yet, the virus spreads through close contact. Cuba has been no less affected than Scotland, though, despite having less resources, seems to have dealt with the situation rather better than the UK has.

While Latin America in general has been hit badly by the coronavirus, Cuba has been one of the most successful countries in the region to deal with it, even though it was later in locking down than some. With one of the island’s principal sources of revenue lying in tourism, the government didn’t immediately close their borders, waiting until late March to do so.

Certainly, the Cuban government’s efforts seem to have met with much more approval from Cuban citizens than the UK government’s has. Havana Glasgow Film Festival’s co-director Hugo Rivalta told me that the mood in Havana is upbeat.

“We remain happy, but of course with the desire to end this difficult stage of the Pandemic. Our government has done very good work, we are eleven million people, and only 130 dead in 8 months.

“Covid-19 was a surprise for the Cuban people and the government but our health system is universal for all the citizens (30 per cent of Latin Americans  don’t have healthcare) and the government reacted quickly and organised measures, thinking of the collective. Although strong measures were sometimes taken to prevent transmission, I think they were correct. The results are clear, we saved many lives.”

These strong measures included such as initiatives as ‘isolation centres’ to contain the spread of the virus may have been effective, but has also been controversial.  A study  in the Lancet found that while “institutional-based isolation” is more effective at containing Covid-19 than “home-based isolation”, countries in Europe or the US would be unable to set up isolation centres “due to a lack of social acceptability or negative public perceptions”.

As countries like Taiwan and South Korea have demonstrated, one of the secrets to containing the spread of the virus is an effective test and trace system, something that the Cubans have organised as effectively as the UK has spectacularly failed to do, due to the endemic corruption in our own political system. The ‘active screening’ programme sounds like one of the most proactive responses to the pandemic in the world – one that tells us much about the nature of Cuban healthcare. The state commandeered tens of thousands of family doctors, nurses and medical students to “actively screen” all homes on the island for cases of Covid-19 – every single day.

This is all achieved through human resources. Cuba has the highest doctor-to-patient-ratio in the world, with around an additional 10,000 doctors currently drafted to work around the world. Cuba has a longstanding tradition of international medical aid, famously the Henry Reeve Brigade. This was all part of Fidel Castro’s idea of ‘doctor diplomacy’, a fostering of international relations through medicine, that also actually makes more money for the economy than tourism.

Certainly, at the height of the Italian first wave, Cuban medics were tirelessly at work in Lombardy and Piedmont, as enthusiastically reported by the Italian media. No less than Noam Chomsky stated that “Cuba is the only country to have shown genuine internationalism during this coronavirus crisis”.

Of course, Chomsky’s own homeland, the US, took the opposite approach, with far more disastrous results than Cuba, which effectively mobilised itself despite the sanctions imposed by Trump on the island.

Swedish epidemiologist Anders Tegnell may have raised eyebrows with his country’s approach, but has always stressed that the most important aspect in fighting the pandemic is maintaining the trust of the public, and getting them to act in a unified manner. This has also been an essential component of Cuba’s strategy. As Hugo notes, “We are different from most European countries, as we think more in the collective and are organised from this point. The government speaks and acts for the group, and the people trust that this is the most important thing.”

I would argue that this is precisely what has broken down in the UK, and especially England, as a succession of confused, contradictory mixed messages and arbitrary rule changes have eroded public trust. Though with Boris Johnson and Dominic Cummings in charge, how could it have been any different, and who could blame the British people for not believing them?

However, while lockdown rebels rail against the regulations and try to undermine the government’s already self-sabotaged consensus, the success of Sweden is not due to it being the libertarian paradise of their dreams. As Swedish journalist Erik Sandberg tells me, the country’s mentality is actually much closer to Cuba’s;  “There’s a consensus culture here – Sweden’s ability to not close down & trust its citizens to behave responsibly is actually fundamentally a socialist mentality.”

I detect a note of this sentiment in Glasgow too, where people seem resigned to the loss of their freedoms for the greater good of their communities, yet get through it with a mix of good humour and alcohol. And Glaswegians still stop you randomly in the street for a conversation about absolutely anything.

This gives me quiet hope for Glasgow and Scotland in general, and Hugo feels equally hopeful for Cuba, which last month reopened for business and to tourism. “In the future, I think that Cubans will be the same as always, happy and loving. However, this disease has taught us the importance of improving hygiene habits in public and private.”

For the moment, we’re all like the vampires in Vampires in Havana, waiting for the vaccine so we can go to the beach again.

Or, indeed, travel to film festivals again, and share the communal experience of watching and discussing films together on the big screen, creating new communities in the process.

We’ve missed Hugo at the festival this year, and he’s missed us too, but he’s looking forward to next year. “I want to be there next year, and if life says yes, of course I’ll be there. I want to drink wine, and whiskey from Scotland, and see all my friends there too.”