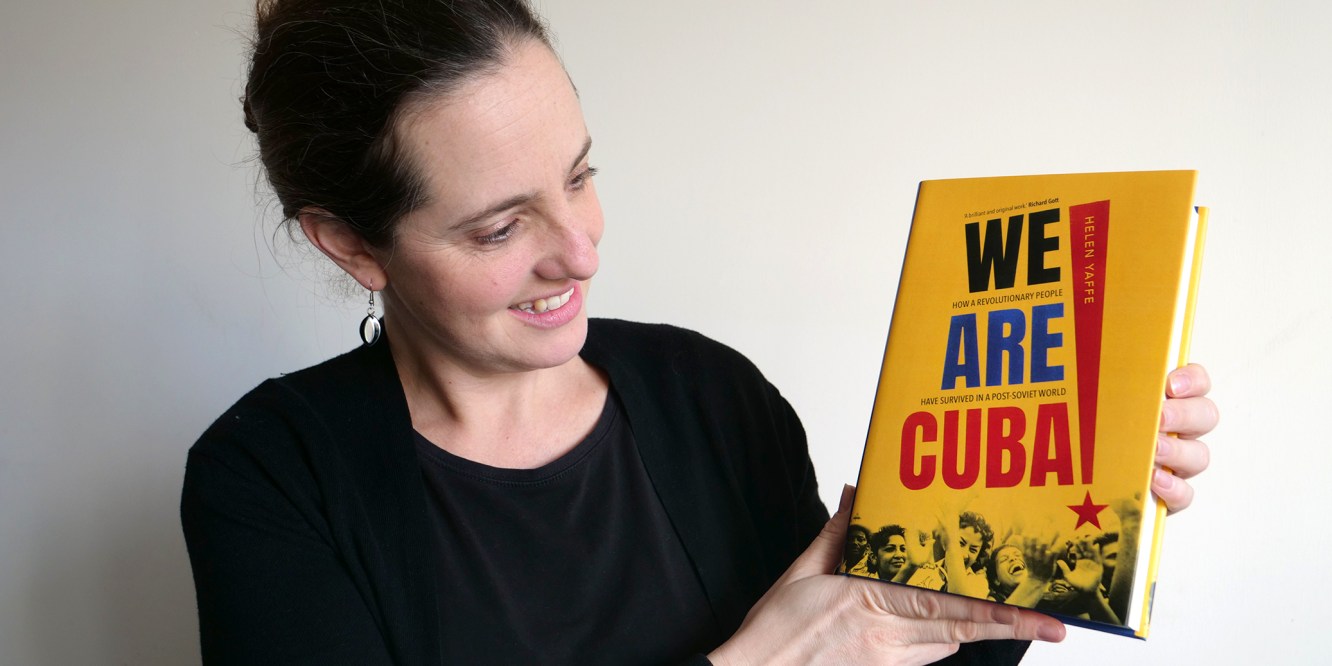 “We are Cuba!” is about the complex situation that the Caribbean island has lived in during the last 30 years. It is an account of how the criminal US blockade, imposed against Cuba for six decades, has not been able to defeat an incredibly resilient Cuban people. It is a book about how humans can transform reality, and how the socialist development of the country kept moving forward even during the hard times of the “special period” back in the 90s. It is a story about the extraordinary-ness of these revolutionary people who enlighten the world.

The book blends the first-hand knowledge the writer has about the country, alongside a myriad of data exposed from a socio-economic and a political perspective. The outcome is a creation which can be read in two different ways. On the one hand, it is a vibrant story that can be enjoyed by anyone interested in how Cuba, a country of barely 12 million people, has overcome the most difficult circumstances after the fall of the Soviet Bloc. On the other hand, it is a robust record of documentation, masterfully compiled using a systematic approach, which could be employed to teach the modern history of Cuba. A weapon to be used against the fake news and misinformation.

Overall, Helen’s book is an exceptional trip to the most recent history of the Cuban Revolution, keeping an eye on all its milestones and achievements since 1959. You can learn much more about Cuba and Helen Yaffe on Friday 13 at the event Cuba and COVID19: Public Health, Science and Solidarity, and the Q&A afterwards, available on Facebook, presented by Helen herself.