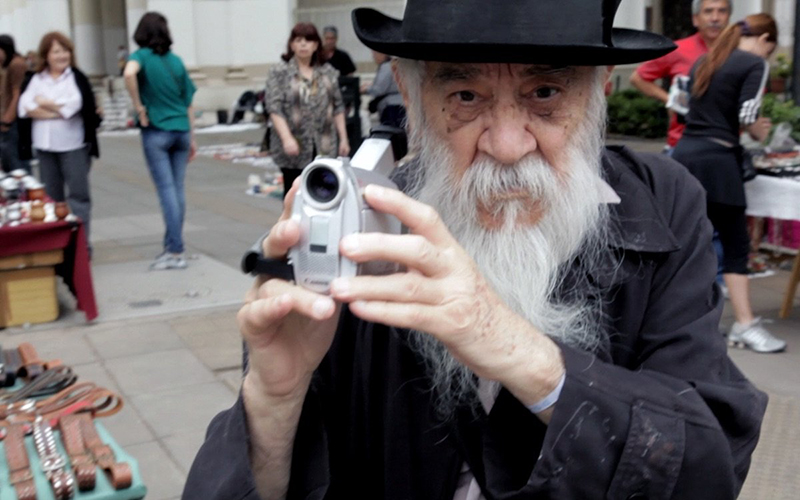 American cinema, an Argentinian filmmaker who left behind a legacy of trailblazing films, as well as inspiring generations of students by opening the first film school in Argentina, and another in Cuba.

Birri before going on to become a successful screenwriter. Here he shares his memories of the man known as “the father of Latin American cinema”.

Some define Fernando Birri as a great Argentine filmmaker of the last century; but it is very clear that he was more than that, he was actually a dreamer, a Latin American fighter.

He made theatre in his youth and wrote poetry. He studied film in Rome, in the fifties, and then returned to his native Argentina.

“Tire Dié”, his beautiful documentary of 1960, turned into a classic of Latin America, and together with other filmmakers of the region, he became part of the creators of a new cinema in the continent, a cinema of social denunciation, of commitment with the most needy.

However, his greatest work was not a documentary, nor one of his poetry books – his masterpiece was founding, in 1986, the International Film and Television School of San Antonio de los Baños, in Cuba.

After creating this school together with the Colombian Nobel Prize winner Gabriel García Marquéz, and the Cuban filmmakers Tomás Gutierrez Alea and Julio García Espinosa, Fernando Birri became the guardian angel of this beautiful utopia, a magical film school for young people in the Third World.

From my years of students there, I remember the always happy image of this tender grandfather, inspiring the young filmmakers, demanding them to be poets, rebels, true artists of a Third World in need of new, revolutionary, emancipatory stories of the oppressed peoples.

Birri died at almost one hundred years, a very old man with enormous wings (the title of one of his most famous films, in which he starred). He left us so much good theatre, poetry and films. However, above all, he left us a life of example, a sincere, enthusiastic artist, always committed to the truth and the best causes.

A new documentary on Birri, Probably the History of an Angel, screens on Sun Nov 11 at CCA