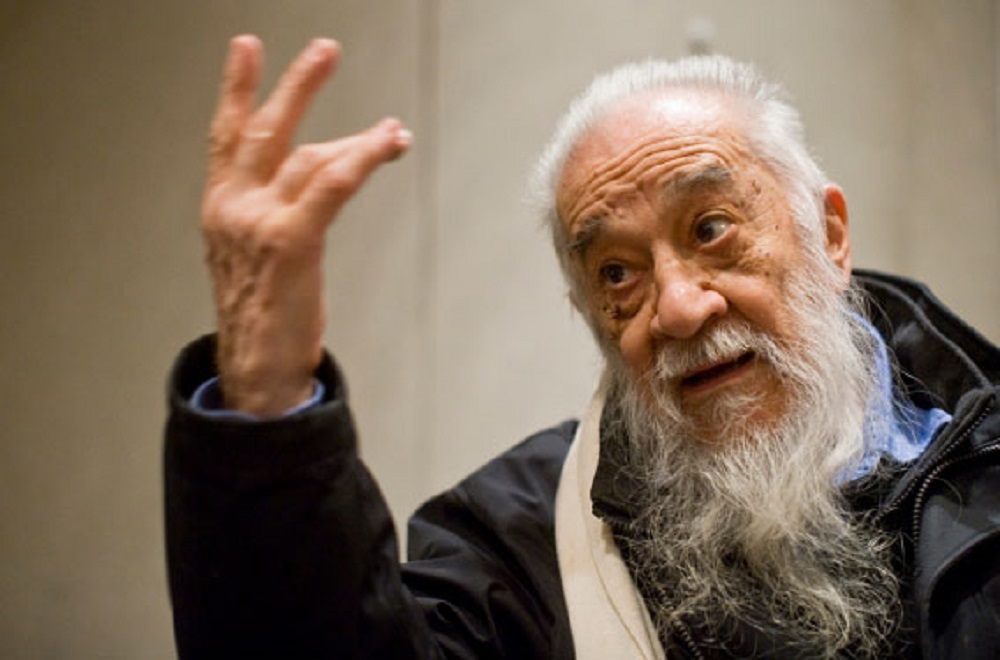 Fernando Birri is one of the most important directors in Latin American cinema, but one of the least known in Europe and the US, because of the uncompromisingly radical nature of his cinema.

Often referred to as “the father of Latin American cinema”, he would embark on a collaborative, politically engaged mode of cinema setting up film schools in both Argentina and Cuba, and inspiring generations of younger filmmakers along the way.

Born in Santa Fe in 1925, Birri would work as a puppeteer, actor and poet before going to study in Rome at Centro Sperimentale di Cinematografia di Roma in 1951. At that time Italy was at the cutting edge of cinema, and neo-realism all the rage. However the two young filmmakers he would be most closely associated with there, Scottish poet Margaret Tait and Cuban satirist Julio Garcia Espinosa, would go on to make work that went radically beyond neorealism, as Birri himself would eventually. 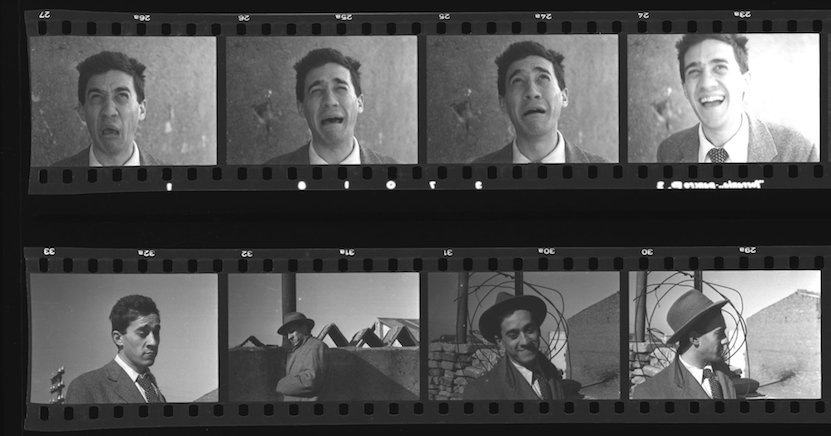 On returning to Argentina he would set up the first film school in Latin America, the Film Institute of the Universidad Nacional del Litoral in his hometown Santa Fe.

He would make a variety of shorts, the most famous of which, Tire dié (Throw Me a Dime) would prove a powerful indictment of his home town. Beginning innocuously as a travelogue, it comes to focus on kids on the wrong side of the tracks – literally, as they’re reduced to begging for coins thrown from passing trains. It builds to a highly dramatic climax, implicating the viewer in the subjects’ misery, an approach he would take further with his first feature, the poetic mix of documentary and drama Los Inundados (Flooded Out).

As Argentina grew increasingly right wing and was undermined by a series of military coups, Birri exiled himself to Italy, where he made the central film in his filmography, Org, which is one of the most insane films in the history of cinema – “ A film for mad people only” a slogan announces at one point. Begun in 1968, part financed by Italian star Terence Hill, the nearly three-hour epic would take Birri ten years to edit – it boasts over 26,000 edits and 700 audio tracks. Hill had presumably forgotten about the film, during which he mainly romps about naked in an interracial threesome; perhaps he was out of his face on drugs during the shoot? One suspects that the entire film, which Birri claimed was “Cosmunist”, is the product of some serious drugs.

Now a beloved star, partly through the popularity of the Trinty films, Hill helped have the film’s release suppressed after its premiere. Fortunately, Birri handed a print to Berlin Arsenal, who restored and unleashed it on the public again last year.

Many directors in the 70s used Brechtian means to break down the fourth wall. Birri doesn’t just break it; he explodes it, then batters the audience in the face with the fragments, like in a Road Runner cartoon, one where the road runner’s been pecking on microdots. An explosion of imagery, ideas and sounds, the film is too much, sometimes even for itself, as it retreats into silence and black leader. Which is also immensely frustrating, and perhaps meant to provoke the audience to get so angry that they’ll leave the cinema and throw rocks at windows or the police, as in the May ’68 footage he loves to edit in.

It’s not completely unprecedented – one can see parallels with the radical psychedelia of Pierre Clementi’s films, and the absence of image to provoke the audience had been essayed by Guy Debord in Hurlements en Faveur de Sade. But Org really is unlike any other European film of the period, because it’s really a Latin American film, if one made in exile, an exile that Birri described as the darkest period of his life.

The closest the film comes to making sense occurs around the middle, when Birri interviews other radical filmmakers about their practice. The most revered figure, Godard, has his sound mix so distorted you can barely make him out. While Jonas Mekas is treated with more respect, it’s when Birri comes to the Third Cinema of Fernando Solanas and Glauber Rocha that we’re moving in the right track.

Juan Garcia Espinosa, the Cuban satirist who Birri had studied with in Rome, may hold the key to Org, when he discusses his theory of ‘imperfect cinema’, claiming that the only revolutionary cinema would reject the bourgeois notion of ‘perfect’ cinema.

If the film was begun in the heady optimism of the late ’60s, and opens with accelerated visions of free love and ending racism, the film ends with a blank screen, against which someone occasionally makes irreverent hand shadow puppets, while an old man on the soundtrack haltingly tries to sing L’Internationale – which could be the definition of cinema at the end of its tether. Incoherent, aggravating, close to unwatchable – Org is deeply ‘imperfect’ – and aggressively so – but also awe-inspiring at points, and a crucial document of its times.

It would be a decade before Birri would make another film with actors, Un señor muy viejo con unas alas enormes (A Very Old Man With Enormous Wings), in which he himself would play the lead of the old man who falls to Earth, into the courtyard of a poor family. While at first they capitalise on his presence, speculating on whether he’s an angel or a real man, they end up selling him to a circus, where he finds his novelty wearing off as people prefer the attractions of The Spider Woman, though you can’t blame them – she has her own funky electro disco theme tune. 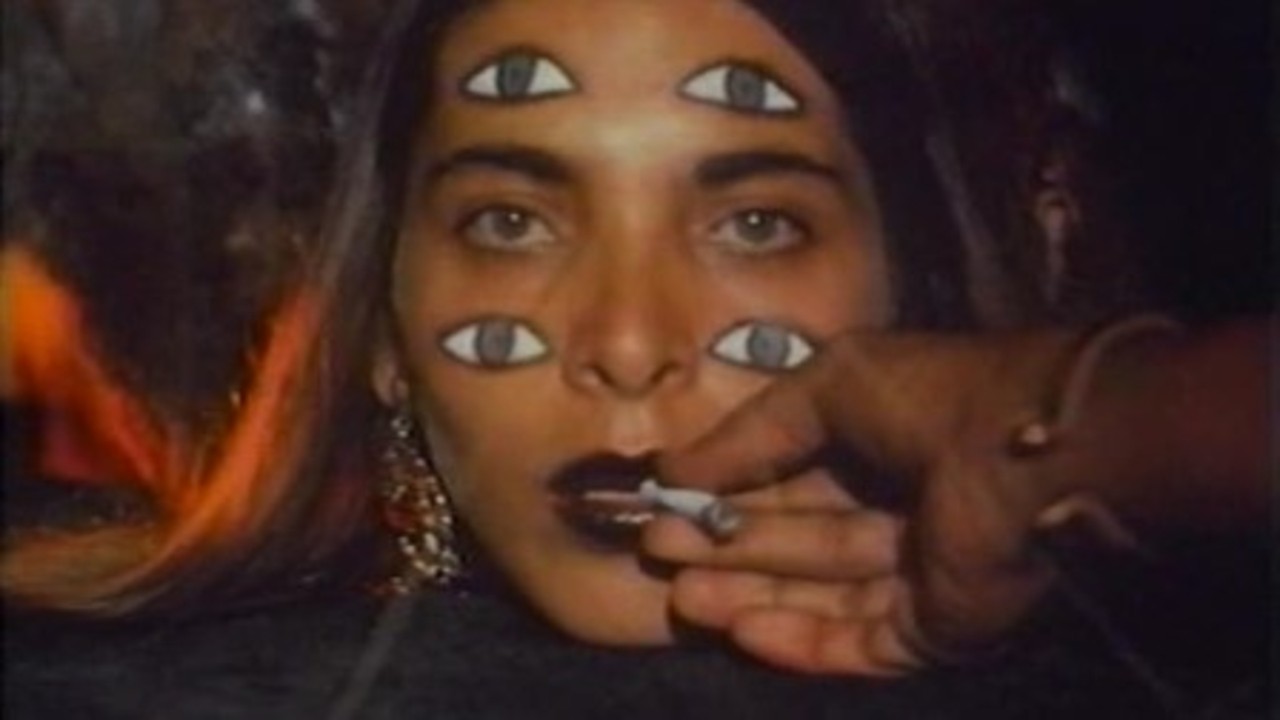 This carnivalesque fable was made in collaboration with Gabriel Garcia

Marquez, one of many writers Birri would work in close collaboration with. He would largely work in documentary again in his later career, profiling the Spanish poet Rafael Alberti, or working directly with revered Uruguyan writer Eduardo Galeano on what they called ‘a newsreel of the 20th century’ El Siglo del Viento (The Century of the Wind).

Cuba would always retain its interest for Birri, and with Espinosa and Marquez he would set up the Escuela Internacional de Cine y Television (The International School of Film and Television), in San Antonio de Los Baños.

Indeed, the most important of his later films, one that updates and expands on many of Org’s points, would be Che; Muerte de la Utopia? (Che; Death of a Utopia?). A typically wide-ranging investigation of what Utopia means and of the historical example of Che. Birri travels from Berlin post-fall of the wall to Buenos Aires on the brink of financial crisis, from Havana to Paris (Disneyland Paris, to be precise) to ask individuals about their ideas of both Che and Utopia. While older Cubans such as Jorge Perrugoria say that they wanted to be like Che every day, a younger Cuban thinks that Utopia would mean being able to dance like Michael Jackson. Birri marshals the opinions of culture icons such as Eduardo Galeano and German artist and film director Christoph Schliegensief, who’s particularly acute on the legacy of 68 in German culture alongside ordinary people, many of whom just want to give up working. However, in Bolivia, Che’s influence still weighs heavy, almost being worshipped as a Saint by some. Birri is very much involved himself, knocking on Brecht’s grave for answers, and appearing in clips from his own A Very Old Man With Enormous Wings. This is one of many clips from films ranging from Metropolis to Miracle in Milan, which could be characterised as Utopian, adding to the discursive mix. Birri, of course, provides nothing as conventional as an answer, making it all too relevant for our own politically confused times.

Uncompromising, difficult and ‘imperfect’ as his films can sometimes be, Birri richly deserves to be wider known in Europe, and to take his place alongside Alejandro Jodorowsky and Raul Ruiz as one of Latin America’s most interesting filmmakers.