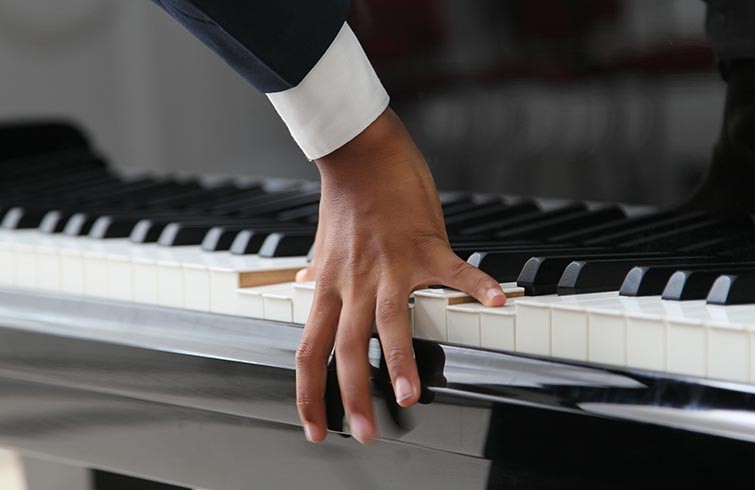 The opening film of this year’s Havana Glasgow Film Festival is Esteban, a moving new film about a ten year old boy’s discovery of his talent for music, and quest to master the piano, with a score written by Cuban jazz legend Chucho Valdes. The importance of music, and indeed the piano, cannot be overestimated in Cuban society.

Which leads us to an unlikely Scottish connection, in the shape of Ben Treuhaft, an American piano tuner who lives in Edinburgh, where he found himself in comedic conflict with Edinburgh Council, when he briefly lived on Portobello Beach in a tent with a grand piano!

Ben comes from a long line of dissenters; his mother was Jessica Mitford, the Communist member of the family. Her sisters Diana and Unity would be famously seduced by Fascism, with Diana marrying Oswald Mosley, leader of the British Union of Fascists, and Unity becoming a member of Hitler’s inner circle. On Britain’s declaration of war against Germany, she went to the English Garden in Munich to shoot herself through the head with the pearl-handled revolver given to her by the Fuerher – and lived. Jessica, on the other hand, would renounce aristocratic privilege, and with her second husband, celebrated civil rights lawyer Robert Treuhaft, write The American Way of Death.

He would famously take on the American embargo against Cuba, imposed on the island in the wake of Fidel Castro’s revolution, in the hope of turning Cubans against the regime. Like all of the US’ plans to depose Castro, it failed.

The embargo would result in shortages of such essentials as food and medicine, especially after the fall of the Soviet Union when the country entered its Special Period. While restored vintage cars would become iconic to the island, a country world-renowned for its musical output wouldn’t be able to restore its pianos, which would prove especially vulnerable to the humid climate, and prey to termites.

Ben endeavoured to break the embargo and import pianos to Cuba, with his project Send a Piana To Havana, which would become the subject of award-winning documentary Tuning With the Enemy. 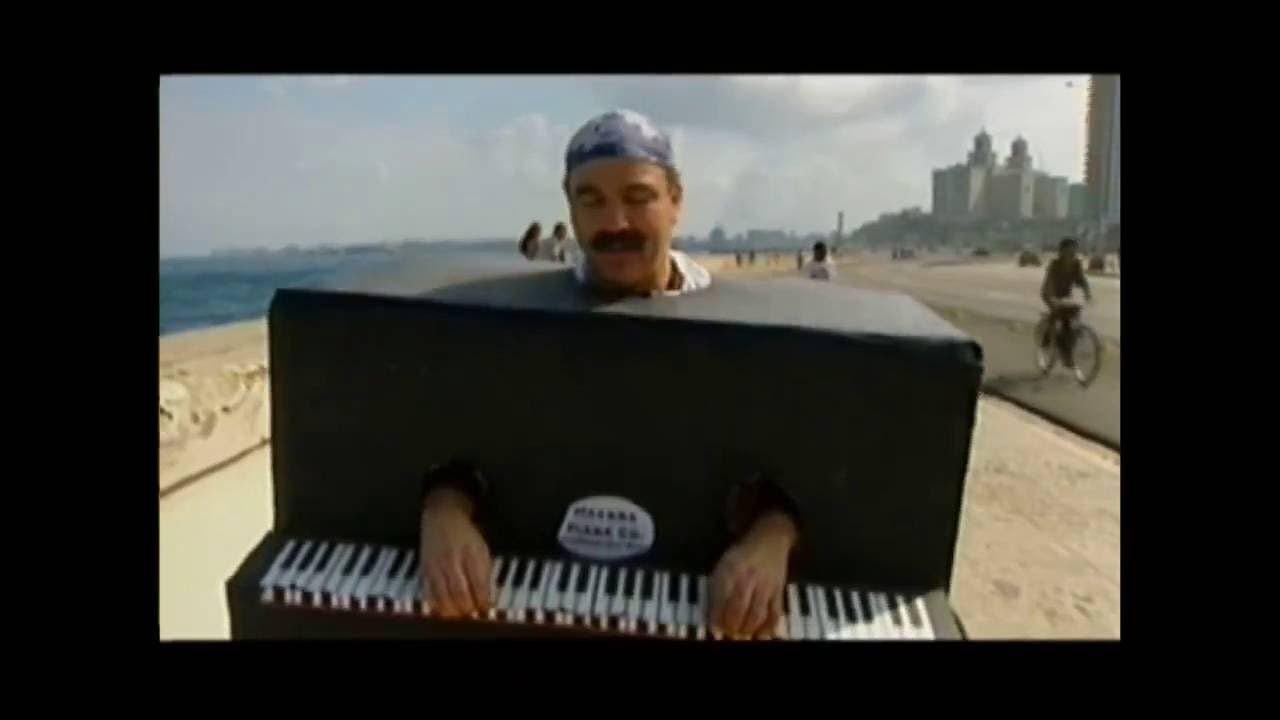 As Ben explains, “In 1993 I travelled to Cuba with 175 illegal US tourists, partly as an act of civil disobedience against the embargo, but mostly to see if Cuban musicians could use the help of a journeyman tuner. By 1996 I had been commuting to Havana’s Museo Nacional de la Música for three years, tuning and repairing the piano collection. I had built a small customer base (the going rate for tuning in Havana was, sadly, 75 pesos (worth about $1). I had also come up with a plan with the Cuban Institute of Music to liberate pianos from U.S. basements and send them to Cuba, where they’d be appreciated. A direct mail appeal to my Bay Area tuning customers garnered 16 uprights and 6 grands (plus a pump organ and an accordion) that my fledgling organisation, Send a Piana to Havana, shipped in 1995 (we eventually shipped 250 pianos). In 1996 the US Department of the Treasury began proceedings against me, sending a bill for $10,000 for violating the embargo on Cuba. Specifically:

‘In 1994, you travelled to Cuba, where you worked as a piano tuner. You donated piano supplies, valued in the thousands of dollars, and services to Cuba’s Museo Nacional de la Musica. Additionally, you earned income derived from Cuban nationals by providing piano-rebuilding services.’

While this may have deterred some, Ben was undaunted, and carried on regardless. “That threat and the subsequent escalation to a $1.3 million fine against me and the Underwater Piano Shop (Ben’s business), along with 10 years in prison, only served to boost fundraising for the piano project. The 1917 Trading With the Enemy Act, along with disgraced ex-Senator Bob Torricelli’s 1992 Cuban Democracy Act, under which I was to be charged, were to my mind obsolete, surreal, and corrupt. Unlike my lawyer, I saw no downside to flouting them.”

Ben didn’t just flout the law, he held it up to absolute ridicule. “On Halloween I boarded my connecting flight to Havana in a cardboard piano disguise. Since the U.S. had okayed sending pianos (in 1995 I obtained a license via the Office of Missile and Nuclear Technology – no lie – in the Commerce Department; I guess they felt that pianos were less of a threat than the TOW missiles they had permitted Ronald Reagan to send to Iran in the 1980s), I felt that if I were to travel as an old upright there would be no grounds for prosecution. The costume, by Kensington-based conceptual artist Hal Carlstad, would confuse any airport official that tried to enforce the travel ban. Carlstad’s guerrilla creations were familiar to anyone attending demonstrations in the Bay Area. If you needed a life-size prison cell complete with hatch-marks on the wall (to mark days left in an unjust sentence), Hal Carlstad was your man. Just bashed some Trident missiles with a sledgehammer? Hal made realistic nuclear subs for your defense demo. And his macabre coffins graced many a San Quentin deathwatch.

“This assignment was particularly demanding, in that the piano had to collapse to carry-on size. When I arrived at my hostel in Havana there was a fax from OFAC. The Treasury, faced with more bad publicity, had dropped its objections to my plans to visit Cuba to work on pianos and roam the world-class beaches, but could I please not pursue the Helms-Treuhaft joint venture (I had previously communicated to the Feds my plans to pursue my dream of setting up a piano bass string factory using Cuban copper and Cuban workers: the Helms-Treuhaft Bass String Company.

“ I co-opted Jesse Helms’s formidable name-recognition and in return sent occasional payments of unmarked pesos nacionales to the Senator, coauthor of the Helms-Burton Act [a 125-page hysterically anticommunist manifesto strengthening the embargo against Cuba, signed by President Clinton following the shoot-down of the Brothers to the Rescue provocateurs over Cuban waters in February 1996).” 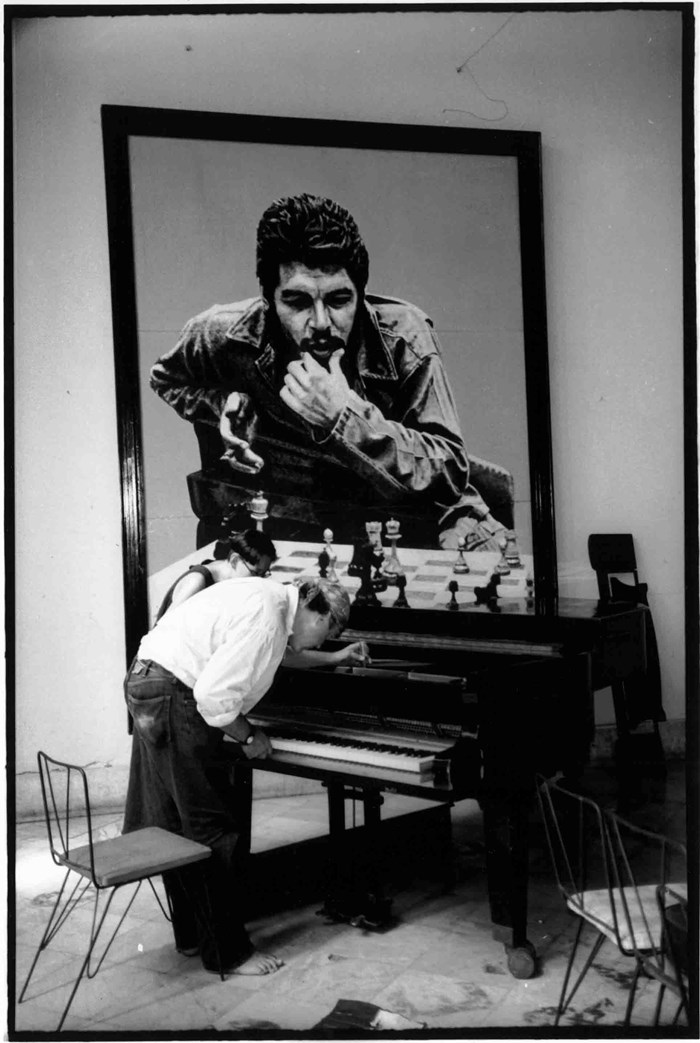 Of course, trade embargoes have been against Cuba have been relaxed since those times, thanks to Obama’s policy of seeking more normalised relations with the island, but the noises coming from President Elect Donald Trump are less than encouraging. Ben sees this as business as usual; “I guess Trump will try to fuck with Cuba, just like every president before him. It only seems to isolate us though. That’s why Obama did his brave opening. He saw our influence waning in Latin America.”

The aftermath of the death of Fidel Castro could also see major changes in the relations between both countries. While his legacy is still being contested, Ben is, for the main part, pro: “Fidel was a good old fart; the Revolution was (and may still be) one of the loveliest oddities of modern times, and that he pulled it off under Uncle Sam’s nose is wonderful. Dictatorships have their major drawbacks, like, for example, leaving in one man’s hands the power to decide everything for 11,000,000 people. So lots of mistakes were made, such as the persecution of gays before Fidel figured out how stupid that was, and promptly decreed an end to homophobia – which miraculously worked – so that now Cuba is one of the world’s safest places to be gay. And what stupider Stalinist policy could they have than to restrict expression (newspapers, demonstrations) in a country where the people like more than anything to talk and complain. These drawbacks slow Cuban progress. Otherwise it would have developed into a fucking paradise by now. It is a great project.”