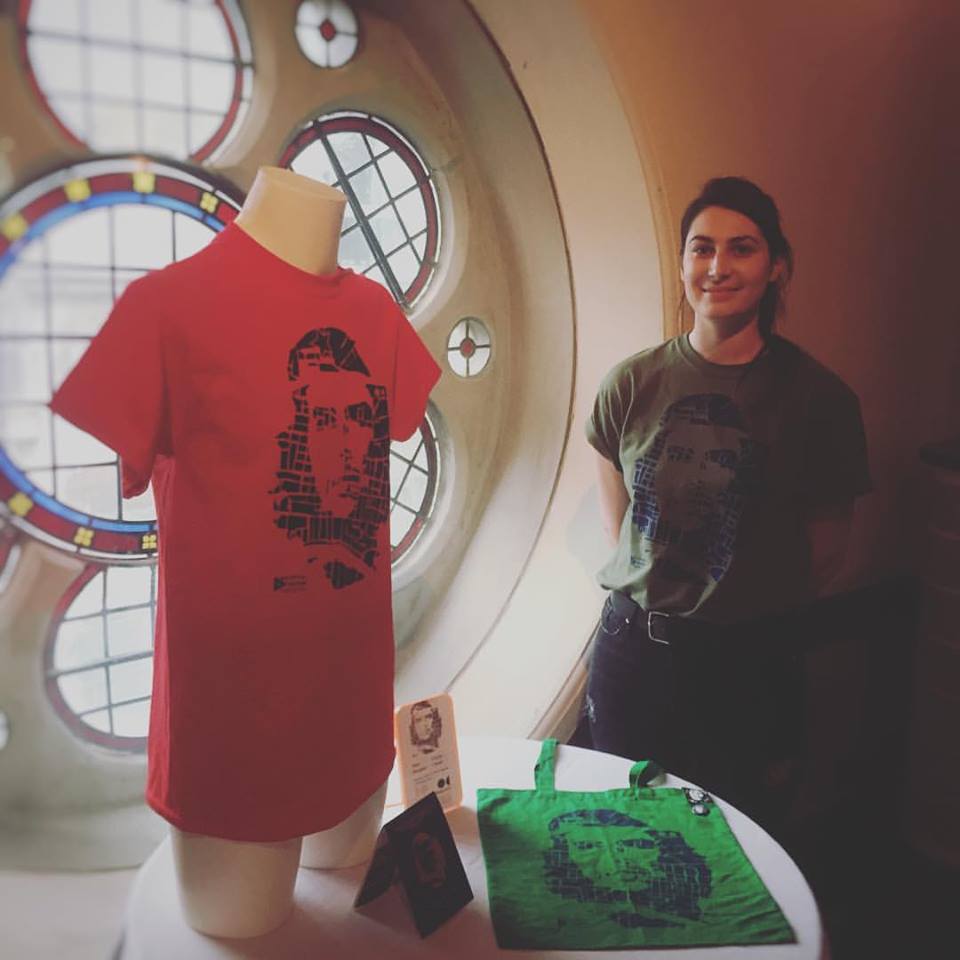 Original Copy is an emerging art collective based in Glasgow, Dundee and Lewis, who have made our HGFF17 Official Merchandise. They have come up with a playful juxtaposition of an image of the iconic Che Guevara, over the streets of Glasgow, that we think could become iconic in its own right.

Co-founded in 2016 by Laurie McInally and Heather Duffy, OC has collaborated on projects with artists, art organisations and art festivals, charities and individuals, including First Act Film Festival and Black History Month. They work across mixed media creating visual communication, branding and merchandise for both the real and virtual worlds.

Laurie is a conceptual artist,driven by practical experimentation, who adopts a tactile approach to explore multiple art forms. Her creativity is shaped by a curiosity toward the unknown and the development of ideas through a practical art craft process. Laurie’s portfolio of works to date is predominantly in textiles and ceramics, however she also produces work in multiple mediums, including jewellery design, product/print design and hand manufacture, and mixed media.

Heather is a multimedia artist from the Western Isles of Scotland, with a focus on ceramics, Her inspiration is deeply rooted in the landscape she was raised in and as such her work often features themes of the sea, the barren lands of the Isles, and the people encountered during her youth. The island culture is one that is rich in tradition and storytelling, and Heather looks to delve into these stories,to reveal their hidden depths and put across their narratives, using visuals from the beautiful but deceptively harsh landscape she grew up in.

You can get these limited edition T-shirts (as modelled above by Laurie at the Havana Glasgow Film Festival launch), or one of their nifty tote bags at their Etsy store , – https://www.etsy.com/uk/shop/OriginalCopyArt?ref=search_shop_redirect