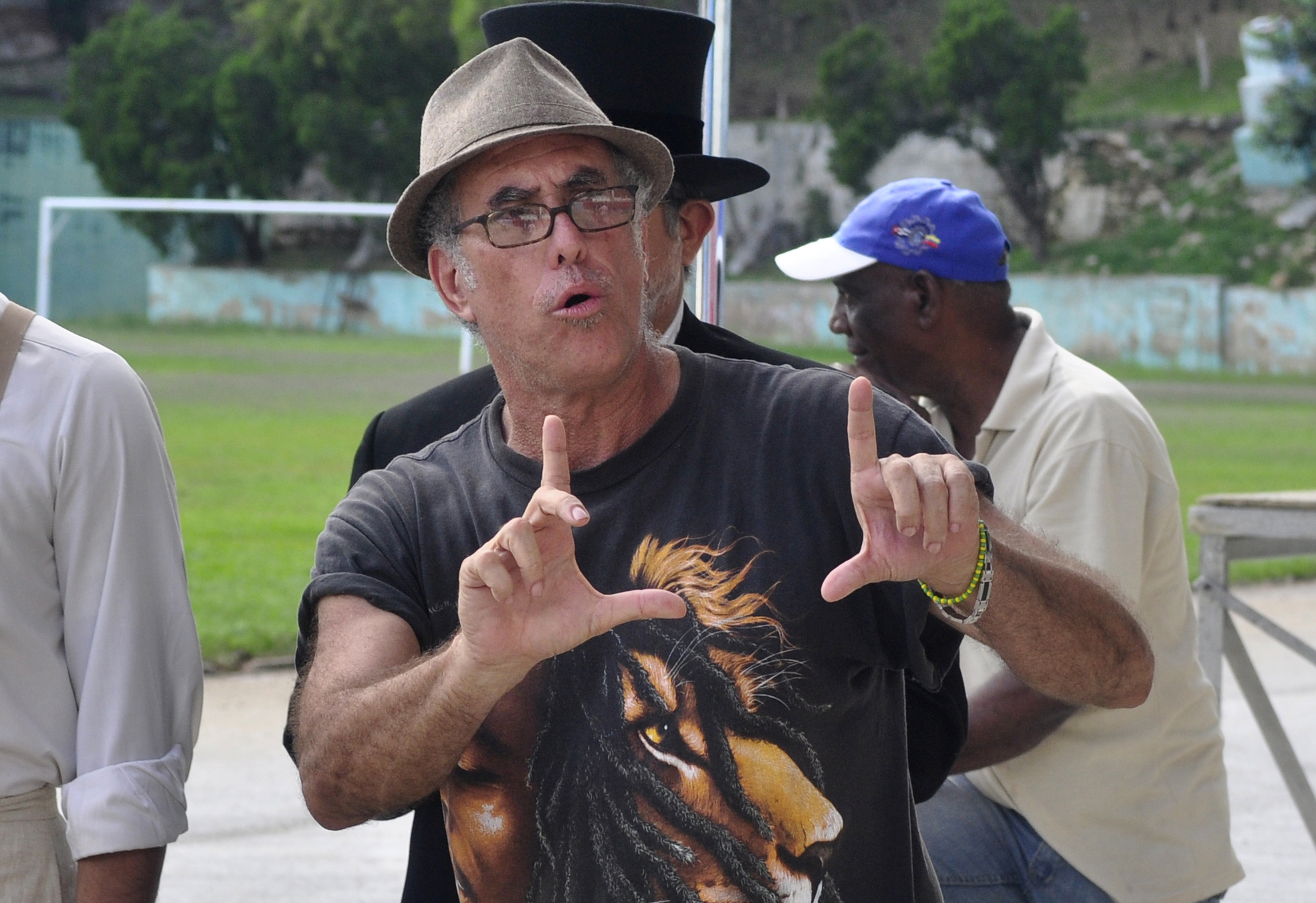 The Havana Glasgow Film Festival enters its final four days with the arrival of Cuban film and video director, Arturo Santana. Flying in from Havana yesterday – thanks to sponsorship from Unite – to talk about his much-acclaimed first feature film Bailando con Margot (Dancing witb Margot) – Thursday 17, 20 15 in the GFT A ‘neo-noir’ mystery, Bailando con Margot follows the femme fatale, Margot de Zarate and her involvement (or not) in an art heist. Santana made his name (as most Cuban directors do) directing music videos.

A review of some of the highlights so far is on the Culture Matters blog and it also refers to the welcome support for the festival from the Cuban ambassador to the UK, Teresita Vicente Sotolongo, who came to see Amor Cronico – Cucu Diamantes love letter to Cuba.

Other highlights still to come include Where you’re meant to be – a great film following Arab Strap’s poet Aidan Moffat crossing swords with determined doyenne of travelling singers, Sheila Stewart as he tries to rewrite traditional Scottish folk tunes. Cuba Libre, a historical drama on the Spanish American War in Cuba, follows Chris Dolan’s fascinating story of anarchist Ethel MacDonald, who broadcast from Republican Spain during the Civil War.

Back to Cuba we then can see Los Bolos En Cuba, a warm, nostalgic and irreverent film exploring the times of the ‘eternal’ friendship of Cuba and the Soviet Union

On Friday morning also, there is an important masterclass by Festival co-Director, and writer, Hugo Rivalta. He will be talking about cinema’s role in the Cuban revolution.

The final day focuses on Cuban animation and the success of the festival will be celebrated in Glasgow’s Kelvingrove Museum, from 12.30pm where Gordon Cree will be playing Cuban salsa on the huge organ, and some recently discovered Cuban film archives, brought to Scotland for restoration, will be shown.