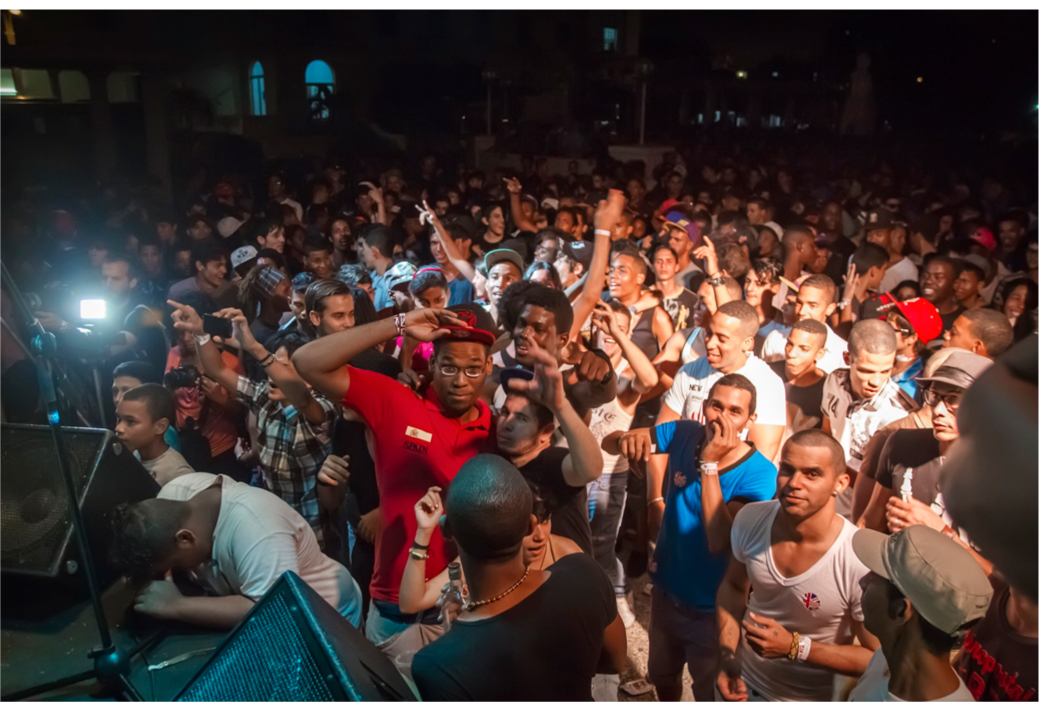 It has been widely documented that Raul Castro has been introducing policies to ‘open’ Cuba up to the outside world in recent years. As part of these policies, the arts and creative industries in Cuba have been able to collaborate more freely with the rest of the world.

As a result of these changes, Auntie Flo has been invited to perform in Cuba twice over the last three years: playing at the inaugural Havana World Music festival in 2014 and then being asked to represent Great Britain at some of the satellite events around the historical performance by The Rolling Stones during British Music Week earlier this year.

Havana Glasgow Film Festival and Highlife has curated a series of photographs taken at Auntie Flo’s performance in Parque Villalon an open square in Verdado, new Havana in 2014. Villalon hosted a free regular Saturday night party where Cubans of all ages can come, hang out and dance every Saturday evening. The event was organised by the Laboritorio Musica De Nacional Electro-acoustica (LMNE), a government institution that trains and assists budding electronic musicians and DJs across Havana.

Over 5000 Cubans turned up to witness the first ever live performance by a non-Cuban act. We’re excited to show some images from the event for the first time, which give an insight into Cuban youth culture.