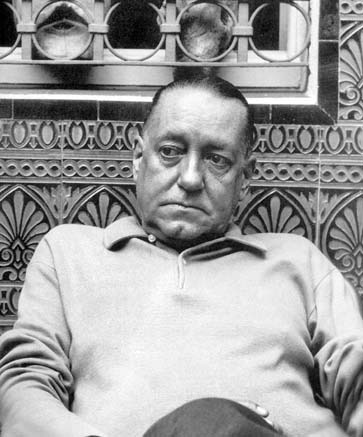 Arturo Sotto is one of the most versatile directors in contemporary Cuban cinema, whose career and diverse body of work was celebrated at last year’s’ Havana Glasgow Film Festival. This year he’s back – in person – with a documentary he’s made on one of his personal passions, Cuban music. Historias de la Musica Cubana (Fusion in Cuban Music) is an examination of the island’s most famous export – apart from, possibly, cigars – and how Cuban music has been a product of its unique geographical location and history, as a melting pot for different cultures.

In Cuba the fusion began when the first Spanish guitar was paired with the first African drum, and since then all the genres and rhythms of the island have been fused into an irresistible, intoxicating melange. As these potentially exotic forms always had one – dancing – foot in European culture, they were accessible as well as innovative, seductive as well as innovative. By the same token, when, from the beginning of the 20th century, the Charleston, the fox trot, the one step and the swing arrived in Cuba from the United States, through the medium of jazz bands, the rumba and the son did not disappear; on the contrary, these rhythms became integrated and assimilated into Cuban music, becoming creolised in the process.

The first person to study the history of Cuban music seriously was Alejo Carpentier, a Cuban journalist, novelist and musicologist who would write La música en Cuba in 1946. The importance of Carpentier in Cuban culture specifically, and Latin American culture in general, cannot be overestimated. As he would ask, “for what is the history of Latin America but a chronicle of magical realism?”, giving the name to the boom in writing which would follow in the wake of his ground breaking novels across the continent.

In the documentary, Carpentier appears in an archive clip, where makes some very revealing comments; “When we contemplate the danzon that they used to dance in the independence centres, the Galician centre (for immigrants from Spain), or popular dances in Havana, the dances in the towns, in the club, or dances of a dubious nature, the arrival of son from the east in the 20s which Havana locals despised at first, the chachacha, mambo – all these factors mean than Cuban music has conquered the world, and has done so in a truly extraordinary way. There are two types of popular music that conquered our planet in the 20th century. American jazz and Cuban music, for a very simple reason, because they were alive.”

Of course, Cuban music and jazz both share certain vital characteristics, in that they’re the products of cultural cross-pollination, and arguably of the legacy of colonialism and the effects of slavery. At a time when Cuban music was still tied to the classical tradition, known as lo guajiro in the 1920, Carpentier had been influenced by the growing negrismo movement, which was beginning to examine the influence of Afro-Cuban music on the island. As he would write, lo guajiro was “very poetic, but lo guajiro is not music. On the other hand…in mestizo and black music… the rich material has an incredible wealth to it… to make it the work of national expression.” In other words, if white Cubans were making music aspiring to and emulating European forms, black Cubans were making their own, indigenous, authentically Cuban music.

Going back to the other genre Carpentier regards as exemplary, American jazz, one can observe how that’s become regarded as an African-
American equivalent to classical music, one that would arguably surpass it in the mid-20th century. But why should this specifically Cuban music have gone on to be far more popular with an international audience than the music that was made in an ‘international style’ by white Cuban musicians?

I think that Carpentier locates the universal appeal of Cuban music in an extraordinary passage in the book, where he describes the origins of the uniquely Cuban style of percussion.

“Cubans have especially discovered a certain quality of wood that produces a clear and metallic sound of an anvil (the claves). With them they obtain notes that have the luminescent and melancholic purity of the frog’s nocturnal song. Add this to a series of mysterious whisperings, produced by friction, hummings, percussive sounds, hand clapping of fingers over small timbales, the rubbing of a little stick over hollowed-gourds, and the silky palpitating of pellets (actually small stones or seeds) inside a dried fruit. With them, an orchestration close to the life source is obtained, evoking the universal consent of things moving to the rhythm of the dancing…”

I think this is why Cuban music is so universally popular, and can communicate to people – like me – who don’t know a word of Spanish. Again, the similarity with the primal, unstoppable, force of jazz need not be overstressed. Roll over Beethoven indeed – or Wagner, who Carpentier thought no white Cuban composer had got over.

He was far more interested in forms like the Contradanza, a popular Cuban form which had been derived from the French contredanse – there’s a nice clip in the doc showing the great Cuban composer Leo Brouwer’s interpretation of the genre. Since the genre was essentially 19th century dance music, and allowed scope for improvisation on the part of the musicians, this could be easily fused with African forms, where dance and improvisation ruled supreme.

Again, the similarities with jazz are obvious, and it should come as no surprise that jazz luminaries such as Dizzy Gillespie and Sonny Rollins would investigate Afro-Cuban forms, helping to further popularise them in the States.

Of course music, and Cuban music, are very different from the world that Carpentier knew and documented, but the tradition of synthesis and fusion are still going strong. This can lead to some rather unfortunate results – there’s an eye-poppingly incongruous video here, showing guitarist Eliades Ochoa of Buena Vista fame getting down with hip hop homies on the ranch. However, as reggaeton conquers the world, with its own local variant in Cubaton, Cuban music remains effortlessly capable of absorbing and adapting any musical genre the world throws at it. God knows if Carpentier would have been a Cubaton fan, but he would have understood the impulse behind the music.

With thanks to Craig Williams for translations