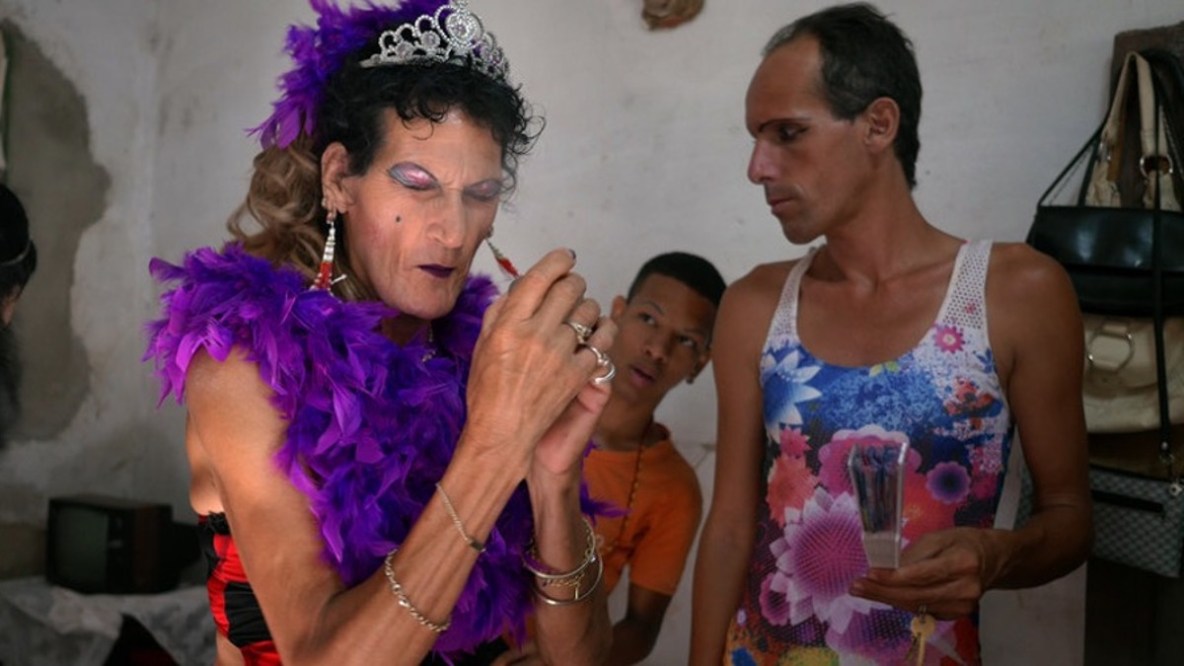 A few years ago, I was explaining to the editor of an esteemed music mag (I won’t say which one) that a gig review I’d written would take a couple of days, because I was doing a lot of work for Havana Glasgow Film Festival. His response was; “Cuba? Strange little island”, on which he embarked upon a mini rant about the island’s treatment of its LGBT population. Cuba, certainly at one point, had nothing to be proud of in its treatment of its queer communities, but things have changed to the point where it’s now one of the most progressive countries on LGBT rights outside of Europe, even if the old myths remain. It has one of the highest degrees of trans visibility anywhere in the world, with gender corrective surgery provided by the health service, and equal treatment in employment law guaranteed.

Many of these initiatives have been spearheaded by Mariela Castro, who, in her roles as head of the Cuban National Centre for Sex Education (Cenesex) in Havana, as well as the National Commission for Comprehensive Attention to Transsexual People, has been a tireless campaigner for LGBT rights. Indeed, the only resistance to these liberal reforms is coming from newly resurgent Christian movements, not from the Cuban government.

The country acquired its bad rep for its treatment of gay men in the ’60s and ’70s; “We would never come to believe that a homosexual could embody the conditions and requirements of conduct that would enable us to consider him a true revolutionary, a true communist militant,” Fidel Castro told an interviewer in 1965. Certainly, being a revolutionary was seen as quite a macho affair, and condemned as counter revolutionaries, gay men were interned in the infamous UMAPs, essentially forced labour camps.

This public image of a homophobic Cuba was spread to the West in the infamous documentary work of a filmmaker, Nestor Almendros’ Mauvaise Conduite (Improper Conduct) in 1983.

The most famous Cuban writer in the West in the ’70s and ’80s would Reinaldo Arenas, an early proponent of the revolution, who tried to join

Castro’s guerrillas aged 14, but one who would fall foul of the regime, having all his work banned on the island before escaping to Miami and writing his autobiography Before Night Falls. This would further propagate the public image of Cuba as a homophobic country, especially with the release of Julian Schnabel’s film version, where Johnny Depp memorably has to get Arenas’ manuscripts out of jail by smuggling them up his ass. Miami wouldn’t provide a happy end for Arenas though; struggling to live with AIDS, he shot himself.

In fact, Cuba had decriminalised homosexual acts between gay men over the age of 16 in 1979, making it more liberal than, say, Scotland during the same period. Homophobic practices such isolating men with HIV in sanatoriums still continued though, and general homophobic attitudes still prevailed. Castro publicly and personally apologised for previous human rights abuses in the early ‘90s, and this shift in attitudes was perfectly captured by Tomás Gutiérrez Alea in his classic film Fresa y chocolate (Strawberry and Chocolate),which proved a hit with a contemporary Scottish audience when we screened it a couple of years ago.

The film itself though was set back in the bad old days of the 1970s, as an idealistic student David tries to spy on and entrap Diego, an openly gay man, who in his turn tries to seduce the hunky young student. The metaphor of strawberry and chocolate ice cream for having different sexual tastes struck a chord internationally, as did the film’s freewheeling humour and charm, making a star out of Jorge Perugorria.

Another product of this cultural thaw towards queer culture was the opening of the island’s first LGBT cultural centre, El Mejunje, Spanish for ‘mixture’ or ‘concoction’, in Santa Clara in 1991. This idea was revolutionary for the times, a space for everyone – not just queer people, but straight friends and potential allies – to freely mix and express themselves without fear.

Rebecca Heidenberg’s new documentary Queens of the Revolution is a powerful and timely intervention, exploring the work of the centre today and the history of LGBT rights on the island through interviews with queer elders. Some of their testimony is heart breaking, from Cynthia, the Queen Mother’s description of being imprisoned for publicly wearing women’s clothes, to men’s description of being effectively imprisoned again via quarantine for the ‘crime’ of being HIV-positive, in a chilling example of biopolitics in action.

One of the most striking aspects of the film is that, despite the way they have been so callously maltreated by the administration in the past, they remain faithful to both Cuba and the principles of the Revolution, a historical event that prompted many of their number to flee to the relative safety of Miami. As the centre’s founder Ramon Silverio states, the revolution is an ongoing cultural project, one where he regards the personal as inherently political. Perhaps it is no coincidence that Santa Clara would be the birthplace of the Cuban Revolution itself, or that the relative poverty of the Special Period during which it was founded would impact on the ethics and aesthetics of the centre. I love the stories of drag queens borrowing cancer patients’ wigs or using brick dust as makeup to transform themselves into Whitney or whichever drag icon.

The drag acts on show may not be as sick or intentionally provocative as we may be used to in the UK or US, but that’s not the point. The point is that they exist at all, as we’re reminded during one particularly impassioned rendition of “My Way”, as the drag queen literally strips in front of us, to reveal their scarred body.

These people are so aware of how hard won their rights have been, that revolution is an ongoing cultural project, they’re going to defend them with their lives, and keep fighting for them, acting as a valuable reminder to LGBT people elsewhere that complacency can be dangerous, and nothing should be taken for granted.