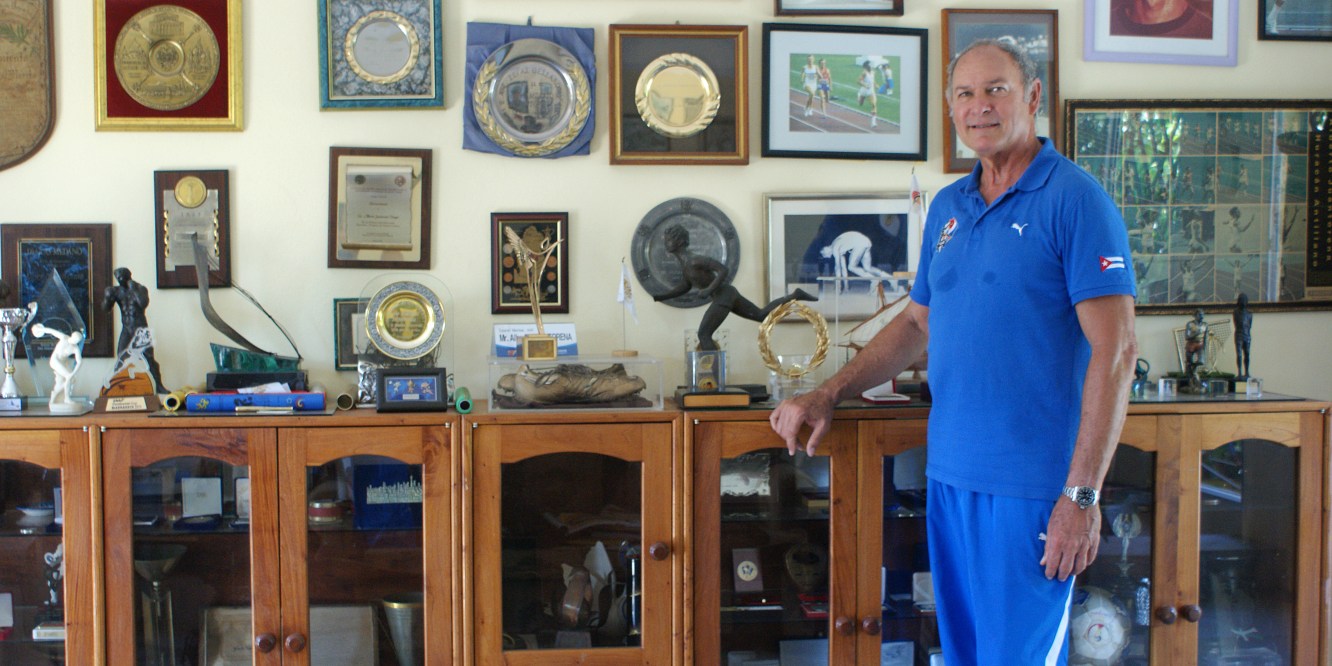 Cuba is famous around the world for many things, from its music to its politics, but is perhaps not so famous for its sport. In fact, shortly after the revolution in 1961, Fidel Castro would announce that sports should be “the right of the people”, not that of the wealthy, and set up a National Institute for Sport, Physical Education and Recreation (INDER). Basically, everything in Cuba is connected to the island’s political situation, a point underscored in Running for the Revolution , a new documentary by Mark Craig exploring the life of Cuba’s most famous Olympian, the legendary runner Alberto Juantorena.

Juantorena was born in Santiago de Cuba, birthplace of the Cuban revolution, was eight years old when Castro’s troops marched into Havana on 8 January 1959, provoking the dictator Fulgencio Batista to flee into exile, fulfilling the efforts of his father who had been an anti-Batista activist.

As one man of an entirely different political stripe, World Athletics President Sebastian Coe has commented, “If ever we need proof that sport doesn’t just mirror social and political trends but shapes them, Running for the Revolution is it.”

The source of Juantorena’s fame is his accomplishment in becoming the first man to win both the 400m and 800m titles at the same Olympic Games, the 1976 Montreal Olympics, a feat that no one has equalled since. To add to the significance of this achievement, in both races the plucky Cuban beat favourites from the old adversary, the US, to win. While this was spun into a David and Goliath narrative, with Juantorena returning home to a hero’s welcome and Fidel Castro’s literal open arms, there were other ramifications.

For instance, as Fred Newhouse, the African American athlete he beat in the 400m makes clear in the documentary, he was no privileged American Ivy League athlete, but one who’d come up through poverty. And while Juantorena may have set a new world record in both the 400m and 800m races, the man considered to be the greatest 800m runner of the day, Mike Boit wasn’t on the field, as Kenya had joined 24 other countries in boycotting the Olympics to protest the South African Apartheid regime.

None of this mattered back home; Juantorena was a national hero, one who would go on to become head of the Cuban Athletics Federation, and an international ambassador for Cuban sport.

Running for the Revolution benefits immensely from the involvement of Juantorena and his old nemesis Fred Newhouse, now reunited as old friends at a crucial point in Cuban history, as Obama relaxed the embargo against the island, and Newhouse visits, to find out what the pair have in common. Quite a lot, as it turns out.

Ultimately, the film demonstrates a message of hope as sport is demonstrated to be able to forge bonds between people on opposite teams and in conflicting political situations, as the original aims of the Olympic Games upheld, while never losing sight of the political subtext of major sporting events. Sport, after all, like just about everything, is always political in the end.