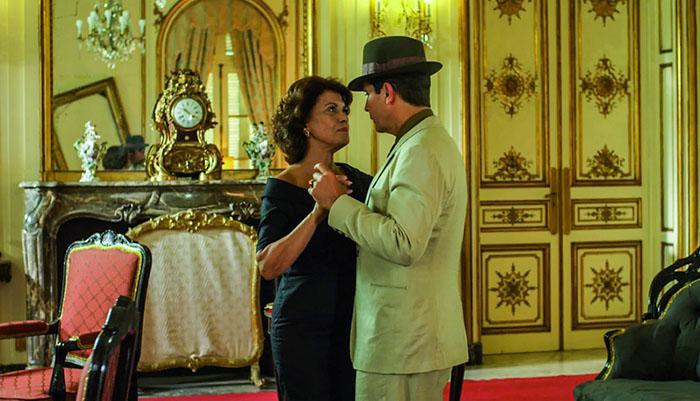 A rumpled man in a trenchcoat sits in a darkened room, lit only by flashing street lights through slatted blinds. We can hear the rain outside, then the sound of a gunshot, and a glamorous femme fatale totters in on high heels… We all know the iconography of film noir so well, to the point where it’s become a cliché, but there are always signs of life in this classic genre. One example being Bailando con Margot (Dancing With Margot), a recent neo noir from Cuba, being screened as a taster for this year’s Havana Glasgow Film Festival.

Before you go – wait, a noir from Cuba? – the film noir, often thought of as an archetypally American mode of filmmaking, in fact has its roots in Europe, as the name might imply. First recognized as a style by French critics in the 50s (hence the name), noir happened when it did ( in the 40s due to an influx of German directors fleeing Nazism, the likes of Robert Siodmak (with Phantom Lady) or Billy Wilder (with Double Indemnity) bringing a Teutonic sense of cynicism and fatalism alongside a German Expressionist visual style, supplied by such great cameramen as Eugen Schüfftan and John Alton.

If American cinema before had tended to be optimistic and celebratory, noir filmmakers could use crime stories to explore the dark side of American society, such as the trauma of the American post war male, and the new roles women had gained during wartime – hello Femmes fatales!

Peaking in the late 50s with films like Orson Welles’ Touch of Evil, the genre would become dormant until another crisis in American history, the early 70s, as the nation’s neuroses and sense of self were examined by Robert Altman in The Long Goodbye or Roman Polanski uncovered the hidden histories of LA in Chinatown.

Since film noir is an accessible way of dealing with dark social and political subject matter in a way that audiences love, what’s more natural than a Cuban neo noir? 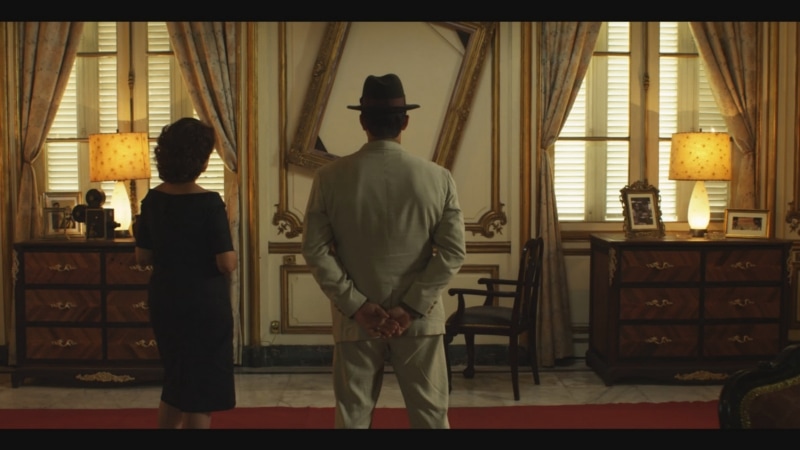 Arturo Santana’s Bailando con Margot revolves around a detective investigating the theft of a valuable painting from the house of a wealthy widow on the 31st of December, 1958. This is of course, on the very eve of the Cuban revolution, and the detective’s investigation takes us, via flashbacks, through Margot’s life in a “film noir Havana style”, as Santana, who came with his film to the festival, has called it. Which means that the changing music and dance styles, from bolero to mambo to jazz, of Cuba become as important as the politics.

One of the most important consequences of the revolution was the founding of ICIAC, an institution to produce and promote Cuban film, while realising its power to educate and mobilise people. From its beginnings, when such luminaries of Cuban cinema as Tomás Gutiérrez-Alea, Julio García Espinosa and Santiago Álvarez were closely involved, it has been responsible for all the major films produced in Cuba, and Havana Glasgow Film Festival works closely with the institution to showcase the best in Cuban cinema, past and present.

The theme of this year’s festival is ‘Can cinema change the world?’ We certainly dare to hope so – for the better.

Bailando con Margot screens at CCA Glasgow on Friday 17 May