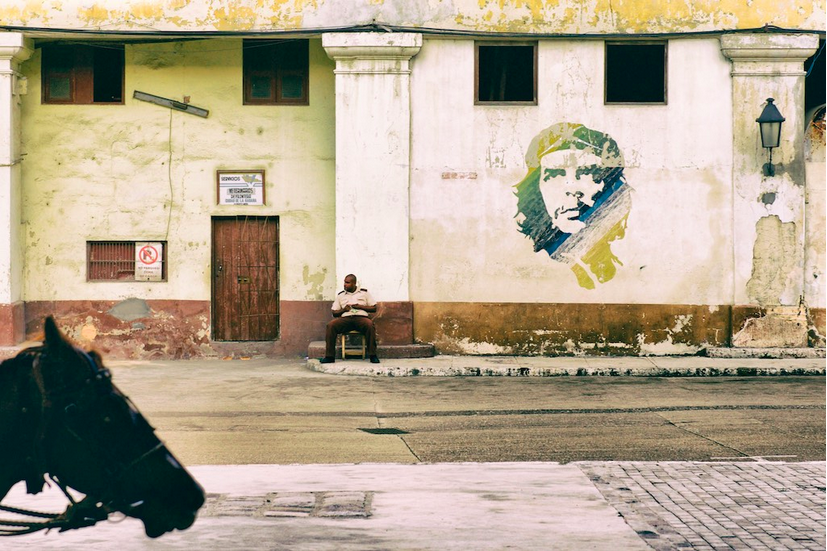 Last weekend showed how film can energise and activate communities. On Saturday four short films made by TV Serrana, a community-based TV studio set up in the Cuban Sierra Maestre, demonstrated the ingenuity and resourcefulness of this cut-off community, creating their own hydro-electric power (La Cuchufleta), or adapting kids karts to transport goods and people (La Chivichana)! Scottish films emphasised how people need to find their own history and apply it to today’s struggles (Together we will swim again). The most striking parallel between cultures were two films featuring older women (in the Sierra Maestre, and on Lewis) living on their own. Feisty was the hallmark!

Sunday was for the Cuban ‘Cinema Pobre’ (low-budget) Festival. HGFF Director, Eirene Houston, a juror this year, took the chance to bring home the winners. Established in 2003 by prominent director Humberto Solas to encourage ‘low-budget’ filmmakers and bring filmmaking into the reach of communities and groups, El Tren de la Linea Norte did exactly this – screening a slice of Cuban life not usually seen in public – a forgotten Cuba of broken communities (incidentally giving the lie to those who claim criticism is banned in Cuba).

However the stars of the day were ironically, a US film, Tangerine, and Humberto, a film bio of Solas himself. Tangerine, shot entirely on iPhones, follows a day in the life of SinDee Rella a black transgender LA prostitute, searching for her cheating boyfriend and the woman he has been sleeping with. Despite its unprepossessing setting, it delivers a huge slice of human life with humour and empathy. Humberto is a traditional film bio, but the obvious love of his stars and colleagues shines through to illuminate the unique talent of this amazing man.

Cuban Ambassador Teresita Vicente Sotolongo, came to support the festival and see Amor Cronico, which mixes together a Cuban concert tour by singer Cucu Diamantes and a (fictional) romance. She said ‘The HGFF is the most wonderful example of Cuban culture. I hope it will grow in the coming years, and for sure, it will contribute to the already excellent relations between our peoples.”

Still to come are some star films, especially Bailando con Margot (Dancing witb Margot) – Thursday 17. 20 15, a ‘neo-noir’ mystery and the first feature film by Arturo Santana, who is coming across from Havana for a Q&A thanks to sponsorship from Unite; Cuba Libre – Thursday 17. 14.45 – a historical drama on the Spanish American War in Cuba and Los Bolos En Cuba – Friday 18. 19.45 – a warm, nostalgic and irreverent film reflecting the time of friendship between Cuba and the Soviet Union.

On Friday morning also, there is an important masterclass by Festival co-Director, and writer, Hugo Rivalta. He will be talking about cinema’s role in the Cuban revolution. – 11.00 Friday 18 in the Glasgow School of Art (Reid Building).

The final day focuses on Cuban animation, and the success of the festival will be celebrated in Glasgow’s Kelvingrove Museum on Saturday, where Gordon Cree will be playing Cuban salsa on the huge organ, and some recently discovered Cuban film archives, brought to Scotland for restoration, will be shown.