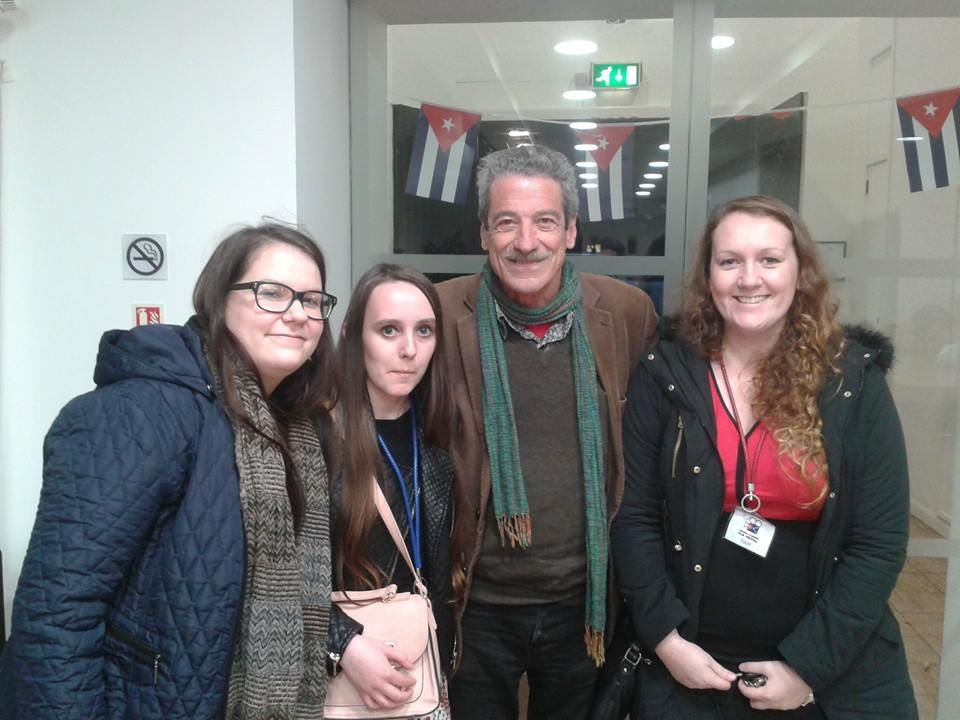 Working as an intern for the Havana Glasgow Film Festival was an interesting experience because I had never worked for a film festival, and I had very little knowledge of Cuba. This meant that I learned quite a lot in the three months working for the festival.

It was surprising just how excited we all became in the weeks running up to the festival. All of our hard work trying to spread the word and write blog posts to encourage people to come was all about to pay off! The opening civic reception really encouraged us; an excellent amount of people attended, and they all seemed really passionate and excited about the films being shown in the next week. The civic reception was a great night, especially since it was where I had my first ever Mojito!

Our first screening was La Pelicula de Ana (Ana’s Movie). Again, this really encouraged us because the turnout was a lot bigger than any of us had imagined! There was a really great atmosphere in the cinema shortly before the film started, we were so surprised by the amount of people who wanted to see the film on the first night! From then on, the visitors to each of the events highlighted just how many people were interested in Cuban cinema and the relationship between Havana and Glasgow. There were many highlights for us interns, particularly getting to meet filmmaker Fernando Perez (pictured above), one of Cuba’s greatest filmmakers.

Another thing that was great about the festival was the amount of people who were willing to take the time to answer our questions and fill out our comment sheets at the end of each screening. We were so appreciative of these people’s feedback and we will definitely try our best to take these all into account for next year’s festival.

We hope you enjoyed this year’s festival and we will see you next year!