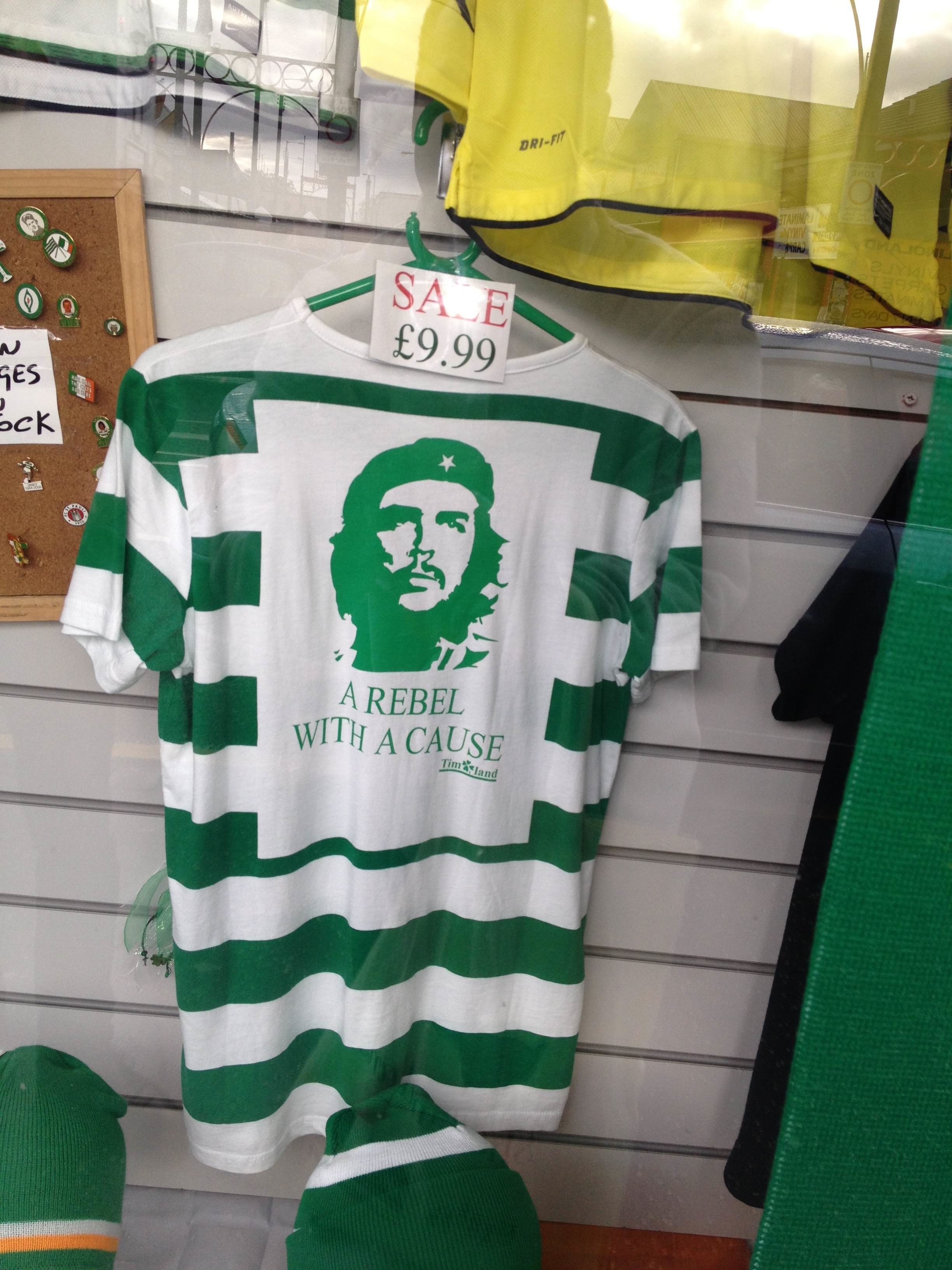 On Saturday at noon a friend offered to show me the city. As I know nothing , I am guided . We took the subway and walked downtown , in minutes we were in the East. I began to see many people with sporting outfit, I asked my friend who where they and where they were going . ” Going to “Paradise” he says smiling. His hand went in his pocket and he show me two long tickets. ‘and us too’My heart races, I stopped walking , I hold my heart, while my friend happy, enjoys his surprise.

Once inside the ” Paradise ” the environment is beyond me. The songs of the Celtic , their jumps, cheers and cries of delirium when it goes to the board each goal . My friend excitedly tells me the wonders of their Celtic and its grandiose history. It is so much emotion that I try to stay calm . ” Ok , calm man , we can talk about football but we will do well, as educated types. My friend tells me it’s impossible to speak of Celtic soberly, that when it comes to football , Celtic and especially the passion overflows. “Ok ,I replied as I look around , feeling somewhat frightened by the euphoria of the people, who already feels at eighty minutes they win the game. “Look, we can love football and be passionate and educated at the same time;-” I insist . My friend looks at me weird , very confused , perhaps feeling very sorry for me. But I smiled before espousing my thesis.

“We can be smart and educated as we talk about football , Celtic players have just demonstrated it. Griffiths, with a touch of head, in best Celtic style , with great subtlety and hunger , scored a magnificent goal at the end of the first half . To mark the penalty that gave the second goal , he need a sweet left foot , exquisite, educated, to fool goalkeepers who want to confront. And what about the third goal scored by Forrest , with the class and the diligence of an industrious worker, refined in their work”

My friend looks at me straight in the eyes, I see he is confused but I do not know if it’s by my words or by the screams of the people while leaving the stadium . He looks at me and smiles, I understand now that grasped the idea , although it was expressed in English horrible.

Leaving the ” Paradise” I look at the sky , a beautiful day , as rarely is in Glasgow in October or November, so tell me the people . All kinds of people leave the big stadium . Ladies with their daughters , old grandparents with young grandchildren, and many adolescents.

I see a huge group of large and impetuous men who walk and talk loudly. “They are the most passionate fans of Celtic”; ‘Says me my friend in a low tone. I look back, curious and four eyes collide with mine. I immediately looked away. They approach. I feel soft inside. For his imposing physique it is clear that there is much of their bodies and present history of the best meat and milk of Scotland. I shudder, because I am a thin, thin Cuban, without history of meat and milk inside my body. However, remember that I am a Havana man, and am very far my home and my family to be weak, so, stand firm my step, i chew the gum that I have in my mouth, like someone ready, ready for action. The group gets closer, but pass by my side and just look at me, talk to each other smiling. “Luckily we won the Celtic and they are happy”; I say to my friend in a relieved breath.

We celebrate the victory in a pub in the centre of Glasgow, listening to some fantastic musicians that with the sweet melody of their note, reveal me the spirit of Scotland. People talk low, letting the music now to be the protagonist, as was the ball minutes ago, the main actor. They finish the song and all the fans gathered applaud politely . I look them in amazement and smile .

Who says you can not be in the football and be smart and educated ? I lived in the”Paradise” , with the three goals of Celtic , and after it on a Pub, in the downtown.