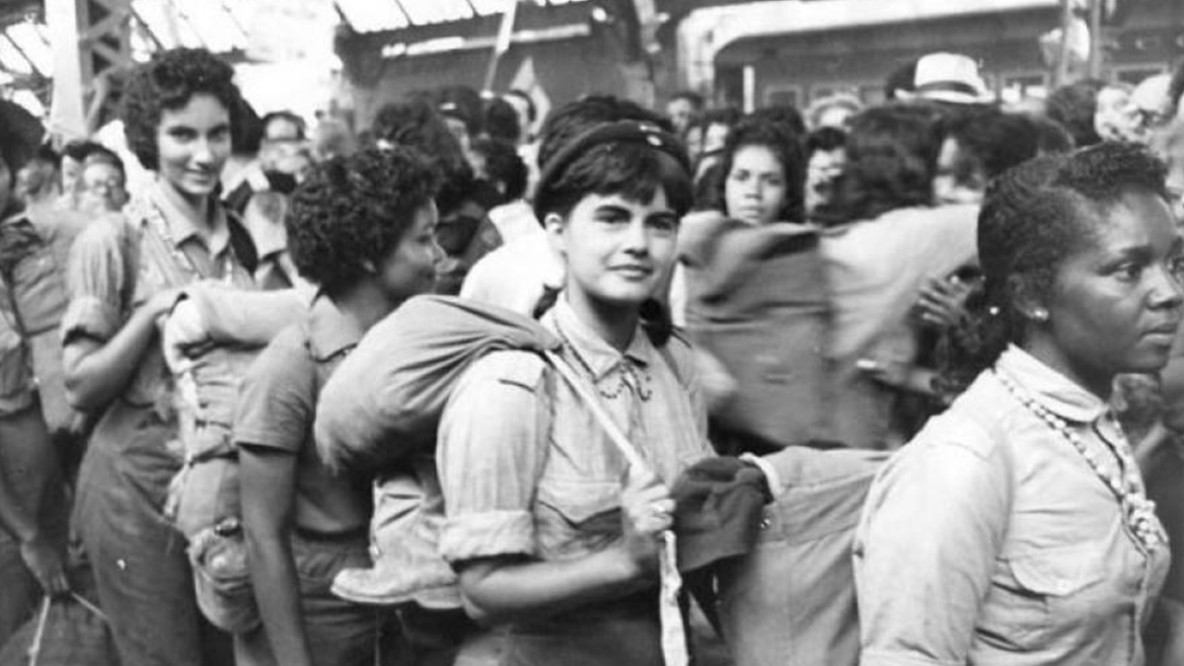 A series of 4 short films telling the little-known stories of Black women and men who took part in Cuba’s literacy campaign.

Followed by Q&A with Cuban director and hip-hop musician Magia López Cabrera and editor Lusmila Lamothe Lafargue, who will also introduce the films.

“In 1960, Fidel Castro summoned thousands of young people to go to the fields in eastern Cuba to teach literacy to a large group of peasant women and men who lived in those regions. More than 3000 young people were quickly mobilised and trained to carry out this special mission.  Three groups were organised, known as the 1st, 2nd and 3rd contingent.

During that period, more than 10,000 classrooms were built and volunteer men and women also helped with vaccinating, taking censuses and planting and growing. This was the prelude to the great literacy campaign that would come a year later.

We have selected 4 stories from this series – testimonies by teachers and volunteer teachers who were involved. They open up new questions about that period including people’s motivations, the challenges and the learning that took place.”

Esteban Morales Domínguez: a volunteer teacher who was in the first contingent. An outstanding analyst and political scientist, he shares his experiences of racism and class conflict

Norma de la C. Díaz Rondón: a volunteer teacher in the third contingent who was the young daughter of the last veteran mambí of Manzanillo.

Edelys Padron: a blind teacher who taught a group of blind, visually impaired and disabled people to read and write using braille.

Melba Rodriguez and Cesar Izaguirre: a true love story about two young people whose paths crossed while volunteering as part of the project.