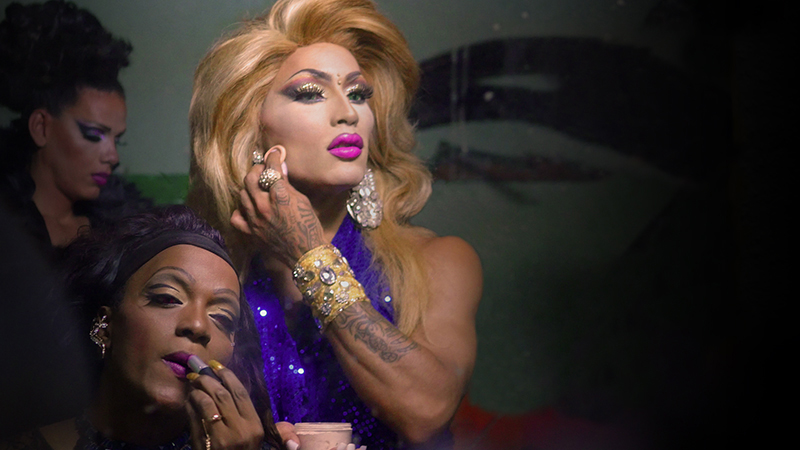 Queens Of the Revolution is a portrait of El Mejunje, a cultural center in Santa Clara that paved the road for LGBTQ+ rights in Cuba.

Since 1985, El Mejunje has offered refuge for people marginalized under Castro and a stage for their drag shows, punk rock and spoken word performances. From the beginning, El Mejunje’s performers risked persecution and violence from both the Cuban state and society at large. The subjects of Queens of The Revolution offer oral histories of violent oppression alongside riveting, jubilant performances.

The film highlights the bravery of people who have fought for their lives and identities for decades. Meandering through the streets of Santa Clara, into the homes of drag performers and on to the stage, the film tells the story of Mejunje through a chorus of voices. This community was violently persecuted but instead of fleeing, they chose to stay and fight for change in the country they love. The film follows them as they look towards the future, bringing the ethos of inclusion and diversity fostered by Mejunje to the country at large with touring performances in Cuba’s rural hinterlands. This is a story about resilience, resistance, and survival.

Granted exclusive access through years-long relationships with El Mejunje’s community, Queens of The Revolution also offers a template for activism through grassroots organizing and performance. In a time of increasing government legitimized hostility towards LGBTQ+ citizens in the United States and in many places around the world, the film proposes a remarkably successful model for the preservation of diversity in the face of intolerance, brutality, and hate.