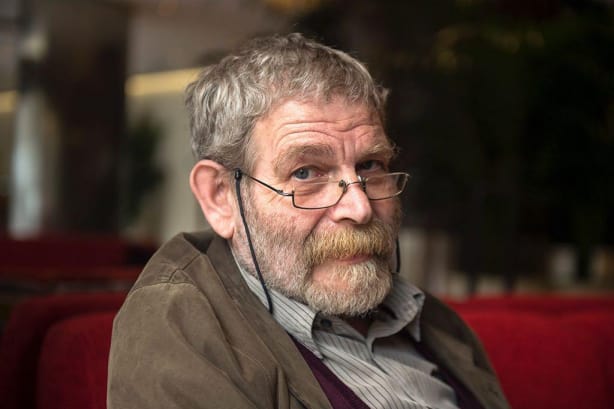 The theme of this year’s Havana Glasgow Film Festival, is ‘Extraordinary Cuba’, and we will be examining the ways in which this fiercely independent island nation is truly extraordinary, in its arts, its approach to sociopolitical issues, and of course, its cinema.

Ahead of the festival, we chatted to Michael Chanan, writer, filmmaker and academic, who is the author of the major book in English on the subject, Cuban Cinema, as well as having made films on subjects including Latin American cinema and Cuban culture. As both a longstanding friend of the festival and probably the foremost expert on Cuban cinema in Britain, we’re delighted to welcome him to the festival with his new film Cuba: Living Between Hurricanes, exploring the influence of climate and landscape on the island.

Brian Beadie – How did you initially become interested in Cuba?

Michael Chanan – Through seeing some Cuban films in the 1970s and being excited by them, and then grabbing a chance that arose to write a book on the subject. My first trip was in 1979, and I’ve been going back ever since, because as well as the attraction of its revolutionary politics, I found the country and the culture entirely captivating.

The first edition of the book was published in 1984, and a second and updated edition in 2004 (Cuban Cinema, University of Minnesota Press). I was lucky to be able film there several times in the 80s, then in the 90s I visited the film school a few times, and I’ve continued to attend the Havana Film Festival, at least at intervals.

BB – Can I ask which films were the first that you saw and impressed you? My own first exposure to Cuban cinema was seeing Alea’s The Last Supper as a schoolboy, when BBC2 used to show radical South American films of a Saturday evening. Loved it.

MC – Films from the ‘60s, including Memories of Underdevelopment and Lucia, and shorts by Santiago Alvarez. They were highly intriguing partly because they weren’t like anything you might have expected, either in aesthetic terms or politically.

BB – Is there a specific quality to Cuban cinema that you would characterise as ‘extraordinary’?

MC- It’s a cinema that speaks very much with its own voice, but also has much in common with cinemas elsewhere in Latin America. This has several aspects: it’s a cinema rooted in the socio-historical world without being reducible to some simple kind of realism; it’s a political cinema which transcends propaganda; it’s visually and narratively playful, and has a talent for what I’ve called socio-political comedy; it discards the formulae of genre, or re-invents them, or invents new ones. Not all of these things at the same time, of course, but crucially, as the independent cinema that’s grown up over the last twenty years shows very clearly, it has a continuing tradition and talent for the experimentalism which was born in the euphoria of the revolution’s early years, and continually throws up surprises.

BB – Is there one Cuban filmmaker who you would hold up as exemplary, and why?

MC – It would be unfair to single out one person. For myself, I was close especially to Tomás Gutiérrez Alea and Julio García Espinosa. Titón, as the former was known, was a director of world standing, and Julio a wonderful polemicist both as a filmmaker and a public intellectual. They were close friends and contrasting personalities: Titón believed the artist should maintain a distance from power, and was not a member of the Party; Julio was, and even served for a period as a vice-minister for culture. But they shared a sense of cultural politics to which they both remained faithful. However, others are also exemplary, like Santiago Alvarez, who reinvented the newsreel and turned revolutionary propaganda into poetry, or today, Fernando Pérez. All of them made (or still makes, in Fernando’s case) films of consequence and aesthetic honesty.

BB – Espinosa is someone who particularly intrigues me, although I haven’t seen any of the work he actually directed. I’m fascinated by his notion of ‘imperfect cinema’, one which still inspires some filmmakers today. How relevant do you think it is to our current situation?​​

MC – Yes, it’s a powerful idea, but also very slippery. It’s important to say that’s it’s not a style but an approach, what I would call a partisan poetics. The idea of imperfect cinema was born in a place and at a moment, Cuba in the late 60s, when the two avant gardes, the aesthetic and the political – were conjoined. The former meant challenging the norms of genre cinema, eschewing the aim of surface perfection, and the latter meant democratising the screen, breaking the monopoly of Hollywood. The two things went hand-in-hand, and the manifesto was hugely influential well beyond Cuba.

Fifty years later the whole context has changed, not just because the mode of production has been transformed by video and the internet, but also because the political conditions have been radically transformed. Julio was a visionary, and even before video began its ascent, he began asking what would happen to cinema when video became universal and cheap, because this would enable everyone to become filmmakers. Now this has happened, however, it turns out to be a Pandora’s box. Ironically, while Hollywood creates ever more perfect cinematography, the imperfect image of the mobile phone has also multiplied its presence. The new state of affairs is like a devilish parody of Julio’s dream. And as for the political dimension, back then, the idea of revolutionary socialism was very real, today, as the well-known adage puts it, it’s easier to imagine the end of the world than the end of capitalism.

Is ‘imperfect cinema’ still relevant? Julio’s idea, which has a Brechtian dimension, is about questioning the representation, not handing down clichés. It seeks above all, he says, ‘to show the process which generates the problems… the opposite of a cinema which “beautifully illustrates” ideas or concepts which we already possess.’ It encourages questions rather than supplies answers, and ‘contributes to the liberation of the private means of artistic production’. Yes, it’s still relevant, and I would venture that  it remains a pertinent paradigm in the struggle for a cinema that wields cognitive power against ideological distortion.

BB – Cuba is much better known abroad for its music than for its cinema. Why do you think this is? Are there any Cuban films that you can recommend on music?

MC – This is surely because when it comes down to it, music is both more universal and easier for the corporations to exploit, while on the other hand, it’s easy for the corporate film distributors who control the global market to keep the films off the screens, even in the age of streaming.  But there are lots of Cuban films on music, and always have been, although very few are available to see. I discuss several of them in my book.

BB – When I mention that I’m working on a Cuban film festival, the first thing some people still mention to me is Castro’s persecution of LGBT people. How relevant do you think this is today, and to Cuban cinema?

MC – Of course it’s relevant, but you have to see it in historical perspective. Firstly, I should say that Havana was and is a gay city (I’m not gay but I was picked up on the street on my very first visit), and also that ICAIC, the film institute, was a haven for gay men, whose President, Alfredo Guevara, was himself gay. I’ve told the story of what happened in the late 1960s in my book. The infamous camps called UMAPs where gays were sent along with other people deemed social misfits by hard-liners, were of short duration (they were closed in 1968, the year before Stonewall), although it would be many years before homophobia in the Party was discredited, and pockets remain, as they do everywhere. Cuban cinema contributed to the change already in the 80s, with gay characters on screen (though not in principal roles before Alea made Strawberry and Chocolate) and a certain re-drawing of gender, and examples of queer cinema began to appear in the early years of the millennium. In his later years, Fidel Castro made a rare admission owning up to the mistake he’d made back in the day.

BB- Race is obviously another major issue in Cuba and Cuban cinema – how honestly do you think Cuban cinema has dealt with this theme?

MC – Clearly this is a very sensitive topic, and not to be simplified, because while Cuba’s culture has long been characterised as Afro-Cuban, that doesn’t mean everything’s hunky-dory. Briefly, there were several landmark films in the 70s, by Sergio Giral and T.G.Alea, which explored and deconstructed the history of slavery, and a number of documentaries by Sara Gómez touching on the heritage of racist prejudice (Giral and Gómez both themselves being black). But later would come criticism of the fact that Cuba’s leading characters on screen were still mostly white, and racial representation was still stereotyped, which perhaps reflected persistent forms of racial prejudice in the wider society. Documentary has I think done better, not in addressing the issues directly, but in the representation of Cuba’s racial diversity on the screen, and especially the leading role of black musicians in the long history of Afro-Cuban music.

BB – Another defining aspect of Cuba’s interaction with the world is tourism, which you deal with in your own film. How do you think tourism has both benefitted and negatively impacted on the island? How do you think it has helped propagate a shallow, touristic notion of the culture, and how can this be combatted?

This is a question which induces in me a degree of cognitive dissonance, because I belong to a generation for whom cheap international air travel was the first benefit of the gathering globalisation of post-war capitalism. I first went to the Americas in my mid-20s, and have been lucky, as a documentarist and an academic, to fly the Atlantic many times since. However, the biosphere is indifferent to one’s reasons for flying.

There is an intimate relationship between the clichéd representation of Cuba in the mass media and the mass tourism for which the media serve as a shop window. Obviously this marketing operation suppresses politics and reduces local culture to frozen spectacle. Before the 1990s, international tourism in Cuba was relatively undeveloped (there were no direct flights from the UK, for example) although slowly expanding. Mass tourism arrived – foreign companies were invited in – in the hope of replacing foreign income lost to the economic crisis after the collapse of the Soviet Union. But as we show in the film, mass tourism comes with serious environmental costs and economic exploitation by the international tourist operators, and this continues the pattern of previous stages of commodity exploitation by international capital.

There are alternatives, in the shape of sustainable eco-tourist projects like the one we see in the film, but the coronavirus pandemic has burst the bubble. Tourism simply came to a halt, as it did everywhere. Cuba has been extremely effective in suppressing the virus, employing its own medical and human resources, but the economic cost has been enormous, and exacerbated by increasingly stringent measures directed against Cuba by Washington. How this will or might play out is beyond my competence to discern.

2 Replies to “Extraordinary Cuba – An interview with Michael Chanan”