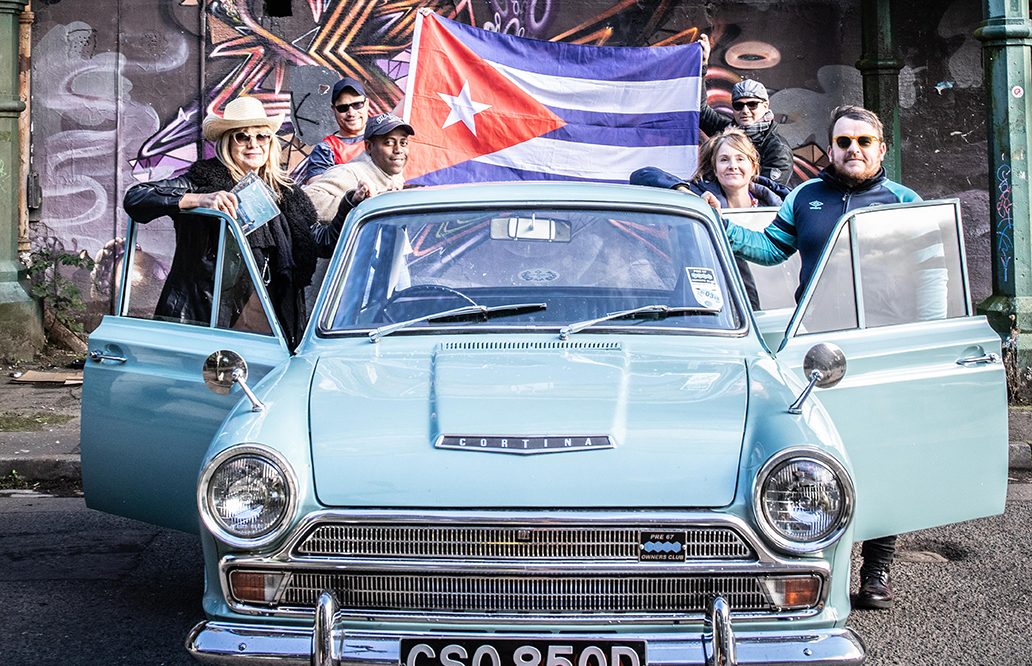 by Angus Reid for the Morning Star

Havana Glasgow Film Festival – the only Cuban film festival in the UK – is aimed at enabling exchange at all levels between Scotland and Cuba. It brought films, people, workshops and a revolutionary shot in the arm to cinemas, schools and clubs across Glasgow. At its centre was a retrospective of Tomás ‘Titón’

Alea, one of the giants of Cuban film-making, whose films were introduced by his wife, the great Cuban actress, Mirta Ibarra. There was also the world premiere of De Vuelta al Barrio, a portrait of the Cuban singer Emilio ‘El Niño’ Frías, and two films by Jorge Perugorría.

The dynamic of that exchange might begin as curiosity, but rapidly accelerates toward recognition of the many ways that Cuban art and society, despite all the economic disadvantages, has far outpaced our own, and particularly in creating a socially transformative cinema.

Alea’s career spans this evolution and is its greatest figure.

Take ‘Up to A Certain Point’ (1983) that interrogates male chauvinism, or machismo. The revolution might legislate equality, but do men really want it? A film crew set out to interview real dockworkers, and the workers are not as perfect as the government might hope. When the director hears a woman speak at a union meeting, she fits the ideal he is searching for and he falls in love. He asks his wife to play her in their film. And as the personal stories become entwined, the producer loses faith in the project because the image of workers is ideologically wrong… These tensions, between workers, the image of workers, film-makers as workers, and the male privilege that colours every interaction become more and more fraught, until the situation cant be solved, the relationships disintegrate and the film is abandoned.

The effect of watching this unresolved exploration of a problem is to create a unique and super-charged atmosphere of perplexity and friendly argument in the audience. This is its great achievement as art. For sure Cuban film challenges the cultural assumptions of the Cuban audience, but it also holds up the bright mirror of socialist experience to the rest of the world. In the mirror of the film, despite the unreconstructed machismo it displays, we can see how far behind Cuba we are in terms of equal pay, equal opportunity and equal representation in all professions, and that the economic burden falls disproportionately on women.

Of Alea’s films, ‘Up to a Certain Point’ deals with machismo, and ‘Strawberries and Chocolate’ with homosexuality. And it makes you wonder: in our own socialist cinema, where is the Ken Loach critique of male chauvanism? Where is the Ken Loach gay film? Or have we simply not reached the point where that kind of work can be imagined?