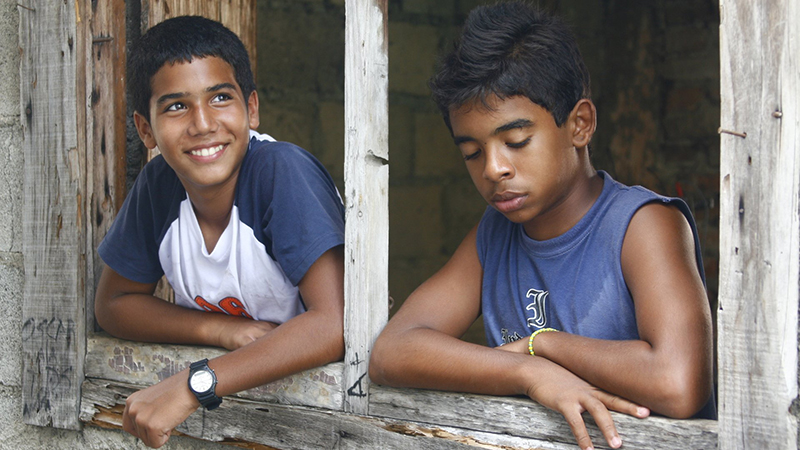 Mayito is a young boy whose wealthy jazz pianist father showers him with the latest PlayStation games. When he gets lost during the May Day Celebration in Revolution Square, he finds himself in a poorer neighborhood outside Havana, where a fellow schoolmate, Carlos, lives. At first uncomfortable in this strange setting, he soon discovers the simple joys that Carlos and his friends experience without the latest electronic games and TV shows. Carlos lives with his grandmother ever since his mother died, with his father serving a long-term prison sentence. Playing soccer in the rain, flying a special kite made for Carlos by his father and meeting interesting people in the neighborhood bonds Mayito with his formerly competitive schoolmate as he gains valuable new friendships. He meets his first girlfriend on this same fateful day, and eventually gives her his first kiss before being located by his panicked parents. A rare view of everyday Cuban life, with Padron lovingly dedicating the film “to the children of the world, especially the children of Cuba.”

Although Cuba is a relatively poor country, their own riches abound in extensive social benefits and deep cultural and political awareness among the masses. Habanastation is the rare Cuban film that shows the realities of the highly praised Cuban educational system and the excitement in Revolution Square during May Day.