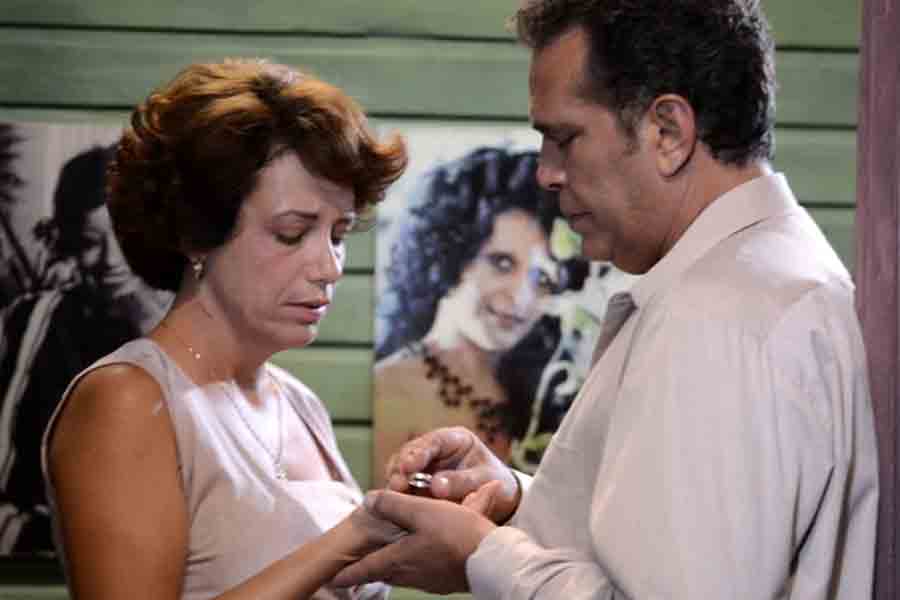 Award-winning film unearthing the underbelly of Cuba’s machista society when a couple’s happiness is threatened by a secret from the past.

One warm Havana afternoon, Rosa Elena checks up on a transgender friend, Sissy, who is suffering from the complications of a black-market breast augmentation. Rosa’s husband, Ernesto, expresses his disapproval of Sissy, and she pleads with him to understand and sympathize with transgender people.

Cuban director Marilyn Solaya illustrates a pervasive theme of love and acceptance tempered by gender-based discrimination. When Rosa Elena’s past identity is uncovered, the underbelly of Cuba’s machista society is unearthed.

Despite its often uncomfortable portrait of Cuba, Vestido de Novia was a national hit, winning the Popularity Award at Havana’s International Festival of New Latin American Cinema in December 2014. More recently, Isabel Santos received the award for best actress at the Havana Film Festival in New York in April 2015 for her portrayal of Sissy. Vestido de Novia comes on the heels of several gender-themed films launched from Cuba, including Fatima, o el Parque de la Fraternidad, Venecia and La Partida. These films reflect a recent wave of progressive reforms regarding the rights of the LGBTQ community, including a free and formalized process for sex changes, the legalisation of gay marriage and an increasingly open environment for LGBTQ, primarily led by Raúl Castro’s daughter, Mariela. As Luis Alberto Garcia, who portrays Ernesto, eloquently summarized, “This movie is primarily about love and loving one another.”

Followed by a Q&A with actor Laura de la Uz.