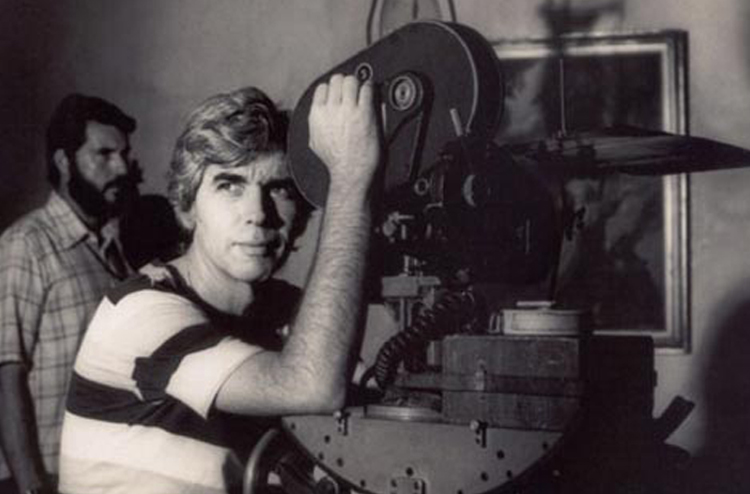 This month marks the tenth anniversary of the death of one of the most important figures in Cuban cinema, Humberto Solas. Solas would extend the range of Cuban cinema at least twice in his life, bringing a new epic scale and complexity to the country’s film culture with his seminal film Lucia, then reinvent himself decades later as a pioneer of low-budget digital cinema, a form he celebrated at the festival of ‘poor cinema’ he set up at Gibara.

Solas was born into relative poverty in Havana in 1941, and established his revolutionary credentials early on when, aged 14, he joined the 26 of July Movement, urban guerrillas dedicated to undermining the corrupt government of Batista. He would go on to study architecture, a discipline which is evident in the startling use of space and composition in his films; however, he would never complete his education, deciding that the revolutionary struggle was more important, and working with the Action and Sabotage division of the rebel groupings. As he would later wryly note, “Either Batista closed down the university, or we did.”

In the end, it was to Fidel Castro and Che Guevara to call the shots, and after the revolution’s success in 1959, the Cuban Institute of Cinematic Arts (ICAIC) was set up. Solas was admitted in 1960, his first student film ambitiously being entitled Casablanca. An extended, penniless trip round Europe in 1964 was arguably his real cinematic education, where he went to discover the impact of the various European New Waves at first hand. He spent most of his sojourn in Italy, perhaps suitably as the director he would be most inspired to – and certainly most compared to by critics – would be Luchino Visconti, who, like Solas, would attempt to square the circle between being both gay and a Marxist (then a very patriarchal, macho movement), and to move beyond the cliches of social realism. Interestingly, however, Solas would come to reject the Italian director’s later ‘decadent’ phase of filmmaking, although he would be accused of the same ‘sin’ himself.

Solas would first make an impact in Cuba with Manuela, an ambitious midlength film about a young revolutionary woman’s struggle. Certainly, Solas wouldn’t be the first director to code his sexuality through concentrating on female rather than male protagonists; however, his 1968 film Lucia, made when he was only 26, would be a landmark film in the linking of the persona and political in both Cuban and international cinema. The film concentrates on three women called Lucia at three pivotal moments in Cuban society, the War of Independence against the Spanish in the late 19th century, under Machado’s dictatorship in the 30s, and the post revolutionary fervour of the early 60s. As Solas would point out, “women reflect society more deeply, the effects of social transformation on a woman’s life are more transparent. Women have suffered more from society’s contradictions and are thus more sensitive to them and more hungry for change.” Daringly, each film adopted a different stylistic register from melodrama to comedy, expanding the vocabulary of Cuban cinema as much as Tomas Gutierrez Alea’s Memories of Underdevelopment the same year. Lauded at Cannes, Solas was launched as an international director; however, his next film, A Day in November, would only be seen internationally, and not shown at home. A brutally honest film about life in Cuba at the time, Solas would diplomatically refer to it as a failure, concerned about the hostility it would have brought him in Havana.

Solas’s international outlook and belief in revolutionary struggle was exemplified by Cantata de Chile (1976), an epic film about the Chilean people’s struggle against oppression that would confuse Cuban audiences, be loved by the French critics and banned in Chile. He would further confound Cuban audiences with Cecilia, an epic melodrama based on a classic of Cuban literature that would be the most expensive film ever made in the country, and disliked by audiences for its formal flamboyance and deviations from the source text.

Solas’ reputation may have been ebbing in Chile, but French TV came to his aid in 1991, allowing him to make his dream project, an adaptation of Alejo Carpentier’s Explosion in the Cathedral which some regard as his finest work. The timing couldn’t have been better; as the USSR collapsed, Cuba was forced into a severe financial crisis, and film wasn’t the most serious item on the agenda.

After nearly a decade Solas would return to cinema with Honey For Oshun, embracing the possibilities afforded by new digital cameras, as seized on by the Dogme filmmakers in Europe. His contemporaries in Cuban cinema thought him mad, but once again Solas’ instinct proved correct; if the film looks technically crude now, it was immensely popular with Cuban audiences. He would follow it with another low-budget digital film, Barrio Cuba, the only film where he would dare to openly broach the subject of homosexuality, although it could be argued that some of his earlier films were definitely informed by a queer aesthetic.

“Freedom is a very subjective thing,” Solás once said. “Revolutionary freedom involves the freedom to produce revolutionary art, whereas petit bourgeois freedom entails presenting an anguished criticism, one which is often arrogant and seldom productive.” Solas was always searching ways to extend freedom, which is why he embraced the freedom afforded by digital technology, and set up the festival of ‘poor cinema’ in Gibara, a small fishing town as far away from both Hollywood and the Cuban government’s involvement as possible. 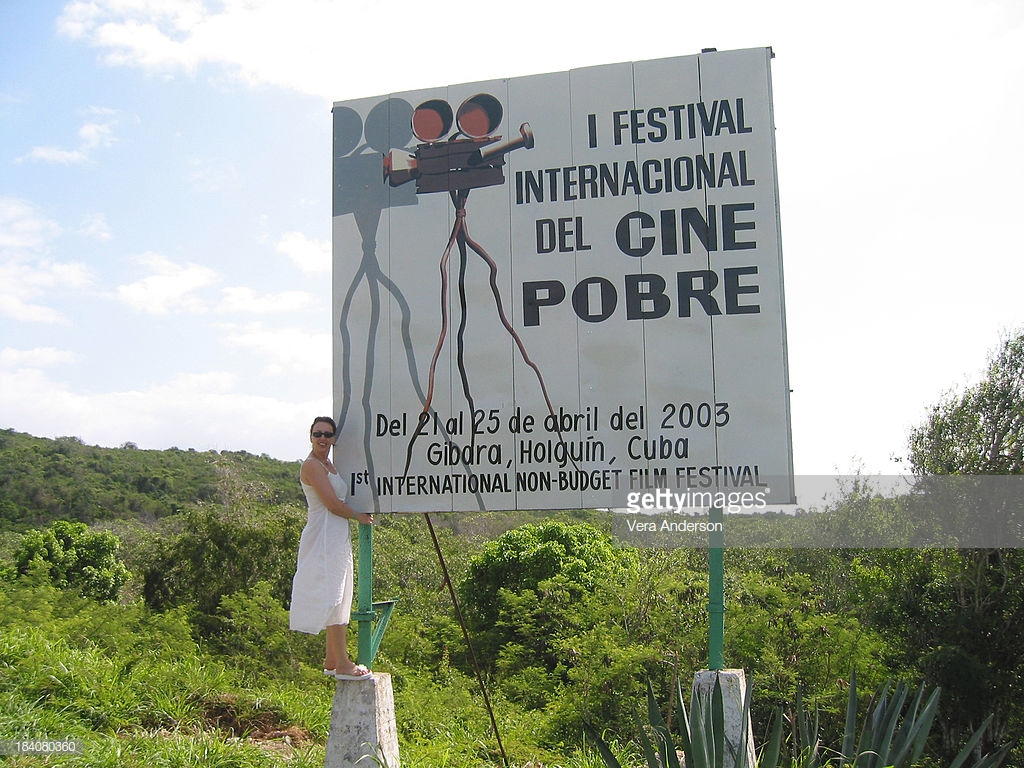 Since its relaunch as the International Film Festival of Gibara, Havana Glasgow Film Festival’s director, Eirene Houston has attended each year, and was on the jury there this year. She commented, “The top prize of the festival is not for a prestigious film with famous actors, not for marketing. The top prize is to a work in progress, a script, or partly made film. What could be more representative of the vision of Humberto Solas than the premiere prize going to a filmmaker to help them realise their dream to finish their film”. 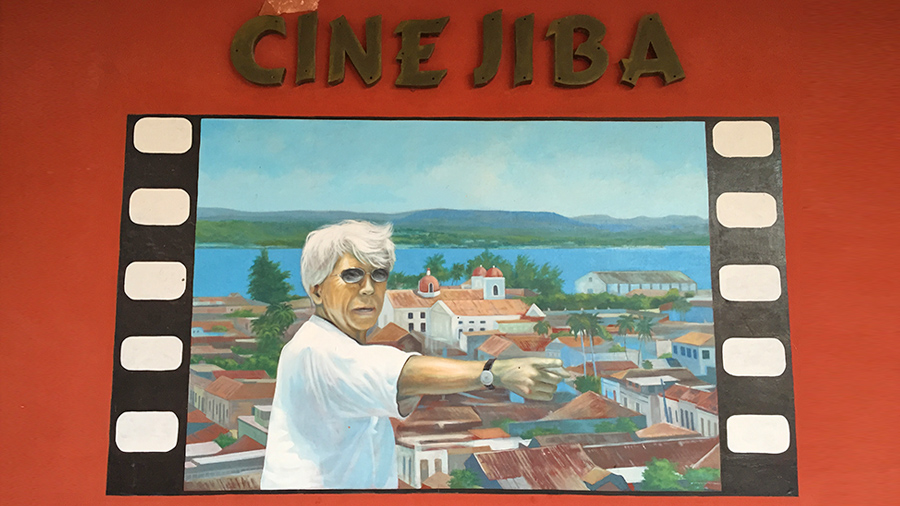 Even after his death, Solas continues to expand the possibilities of film, rather than closing them down.

Lucia has been restored by Martin Scorsese and The World Cinema Foundation for its fiftieth anniversary, was screened at Gibara this year, and will be screened at Havana Glasgow Film Festival on Sat 10th Nov

One Reply to “The Revolutionary Cinema of Humberto Solas”